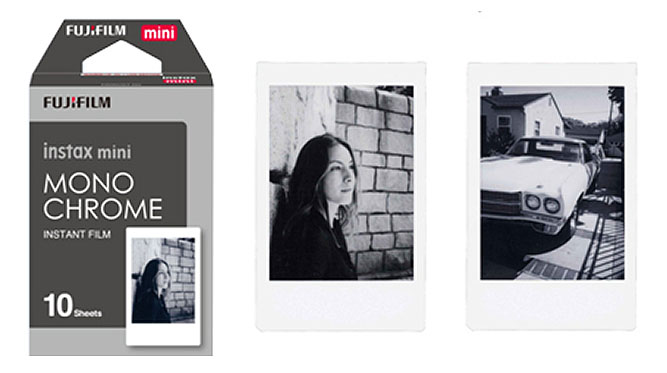 Fujfilm’s says: “The ‘Instax Mini Film Monochrome responds to the increasingly sophisticated demands of users. Enabling them to expand the artistic potential of their photographic expression and adding a further dimension of fun to using Instax cameras and films.”

Just like the other films, it will come in packs of 10 exposures.

Pricing has yet to be revealed, but it will likely be similar to the company’s colour Instax Mini film, which currently costs around £8.80.