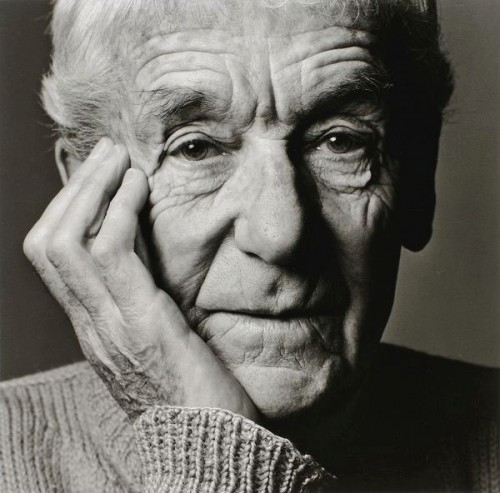 ‘I take photographs with love, so I try to make them art objects. But I make them for myself first and foremost – that is important.’

Jacques-Henri Lartigue is known as one of the most profound 20th century photographers who shaped and lead the way for modern photography. Working in virtual obscurity until 1962, when a chance meeting revealed his work to the world! Though best known for the photographs he took as a child, Lartigue continued to photograph, as well as paint, as an adult. Very late in his life, Lartigue became hailed as one of the founders of modern photography yet in reality, he was the ultimate amateur who had the passion and the drive to create remarkable series of family albums which displayed a portrait of the turn-of-the-century France, as it was portrayed through the eyes of a very young boy, from the age of 8 to 18.

“He is essentially the gifted amateur. He has got access to all the best equipment, the state art equipment, he has a father who is passionate about photography, he is a subscriber to all of these magazines – he’s just got all the advantages. But he is also, throughout his entire life, you understand this about him – that he understands the look of the world at any given moment; he understands how things look; how women look at a certain period in time; and how to capture the essence of that moment, whatever form that’s in.

All the jumping and flying in Lartigue’s photographs, it looks like the whole world at the turn of the century is on springs or something. There’s a kind of spirit of liberation that’s happening at the time and Lartigue matches that up with what stop action photography can do at the time, so you get these really dynamic pictures. And for Lartigue part of the joke, most of the time, is that these people look elegant but they are doing these crazy stunts.” Kevin Moore (Lartigue biographer)

” High-speed film was available since the turn of the century but for years it was only used in sports photography … as if there were some tacit agreement among photographers to remain within the provinces of painting in the hope of assuring their position as artists. I think Jacques Henri Lartigue is the most deceptively simple and penetrating photographer in the short … embarrassing history of that so-called art. While his predecessors and contemporaries were creating and serving traditions he did what no photographer has done before or since. He photographed his own life. It was as if he knew instinctively and from the very beginning that the real secrets lay in small things. And it was a kind of wisdom-so much deeper than training and so often perverted by it-that he never lost. There is almost no one in this book who isn’t a friend … no moment that wasn’t private one. Lartigue never exhibited his pictures until 1962. He never thought of himself as a photographer. It was just something he did every day … every day for seventy years. Out of love of it. And every day his eye refined and his skill with a camera grew. He was an amateur … never burdened by ambition or the need to be a serious person.” (“He has shown us laughter” – preface to an out of print catalog from a Japanese exhibition of Lartigue’s work – text Richard Avedon)

Lartigue’s interest partially stemmed from his father who taught him about photography from as early as the year 1900 and due to his enthusiasm his father brought him his first camera when he was at the very young age of just 8 years old. This triggered the endless coverage of his childhood, including automobile outings, family holidays and especially his older brother Maurice’s (nicknamed Zissou) inventions.

However, ever mindful of the passing of time, photography was not quite enough to capture his childhood memories. A snapshot could not encompass all there is to say and to remember. So he began to keep a journal and continued to do so for the rest of his life. Lartigue photographed everyone he came in contact with, yet his many muses being his three wives, and his mistress. In 1930 he met the sultry René Perle, before divorcing from his previous wife Madeleine, a Romanian model who became his lover and muse for several years (shown in the pictures below). His many portraits of Perle document his ardent obsession with her physical appearance. In his diary he wrote: “The small mouth with the full painted lips! The ebony black eyes. From under her fur coat comes a warmth of perfume. The head looks petite on her long neck.”

For many years he thrived in high societies and luxury until the beginning of the 1930’s until the decline of the Lartigue’s fortune which forced him to search for other sources of income. However he didn’t want to take on a steady job and thus lose his freedom, and so he scarcely got by with his painting during the 30’s and 40’s. In the beginning of the 1950’s and not in accordance with the legend in which he is a complete unknown, his work as a photographer became noticed.

In 1962 he embarked on a cargo ship to Los Angeles with his third wife Florette, where they stopped on the East Coast to meet Charles Rado of the Rapho Agency who in turn contacted John Szwarkoski, MoMa’s (The Museum of Modern Art) photography department young curator. From there Lartigue’s first retrospective of his work was held in Paris’ “Musée des Arts Décoratifs” in 1975. One year earlier, Lartigue was commissioned by the President of France Valéry Giscard d’Estaing to shoot an official portrait photograph. In 1979 the Donation Agreement was signed and Lartigue beame the first living French photographer to donate his work to the nation, authorising the Association des Amis de Jacques Henri Lartigue to preserve and promote the fund. In 1980, his dream of finally having his own museum comes true with the Grand Palais’ exhibit “Bonjour Monsieur Lartigue”. Lartigue continued his work as a photographer, painter and writer until he died in Nice on September 12th 1986 at he age of 92 years old.

Lartigue was a truly captivating photographer who left a remarkable legacy behind of about 100 000 snapshots, 7 000 pages of diary and 1 500 paintings. Shown below are two BBC programs the first is entitled ‘The boy who never grew up’ which is a documentary all about Lartigue’s staggering life, where photographers like John Swannell and Sean Ellis talk about his work and contribution to photography, which is presented by photographer Nick Danziger. The second is from the series called ‘Masters of Photography‘, which is a in-depth look with Lartigue at his work through his nine decades of dedication to document his life.

The boy who never grew up BBC