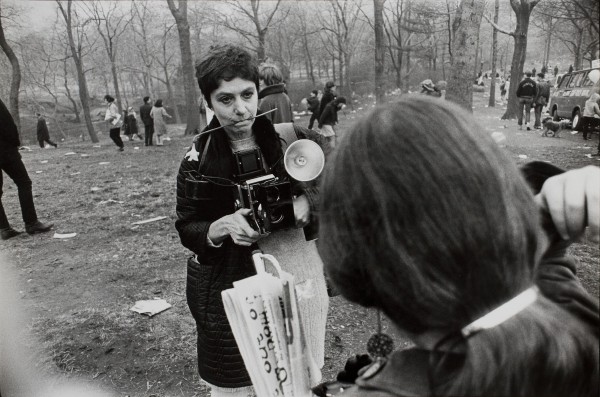 ‘I really believe there are things nobody would see if I didn’t photograph them.’

On the 26th of June the Timothy Taylor Gallery will be opening its new exhibition entitled: Diane Arbus: Affinities, displaying a range of thirty-two photographs by the ground breaking photographer, made through the course of the her compelling career.

This exhibition will be showing Arbus’s strong interest in the notion of affinities – the elements that humans share, as well as those they don’t – in which she exploded this throughout much of her mature work (1956-1971). A deep interest in likenesses, disguises, in bonds, alliances and allegiances is a recurring theme. Arbus’s carefully considered titles – all for works to be included in the present exhibition – eloquently convey the depth and variety of her interests:

As the last titles indicate, Arbus came to London in 1969 and began work on a magazine story she had proposed to Nova: “People Who Think They Look Like Other People.” The magazine placed the following ad in The Times and The Evening Standard, generating a tremendous response from prospective candidates: “Have you ever been told you look the double of someone famous? Like Elizabeth Taylor … Twiggy, The Queen, Mick Jagger, Sir Winston Churchill? If you think you are the double of someone famous you could be famous too.” In connection with what might be considered a related theme—people or things that appear to be what they are not—Arbus gained access to Madame Tussaud’s Wax Museum on behalf of the magazine. “I got permission to go there at night when it was empty. I touched some of them,” she wrote in a letter to her daughter, Amy.

Diane Arbus was born Diane Nemerov in New York City in 1923. In the early 1940s she began to take pictures when she went on to study photography with Berenice Abbott, Alexey Brodovitch and later Lisette Model. In 1960 her first published photographs appeared in Esquire and both in 1963 and 1966 she was awarded a John Simon Guggenheim Fellowship. In 1967, she was one of three photographers to be included in the landmark exhibition, New Documents, at The Museum of Modern Art, New York. A year after her death her work was selected for inclusion at the Venice Biennale – the first work of an American photographer to be so honoured.

The Museum of Modern Art hosted a major retrospective that travelled through the United States and Canada from 1972 to 1975 and, in 2003, the San Francisco Museum of Modern Art organised Revelations, a full-scale retrospective that then toured to museums in the United States and Europe, including the Victoria & Albert Museum, London, 2005-2006. A major touring exhibition is currently underway travelling from Jeu de Paume, Paris, Fotomuseum Winterthur, Martin-Gropius-Bau, Berlin, and Foam_Fotografiemuseum Amsterdam through 2012.