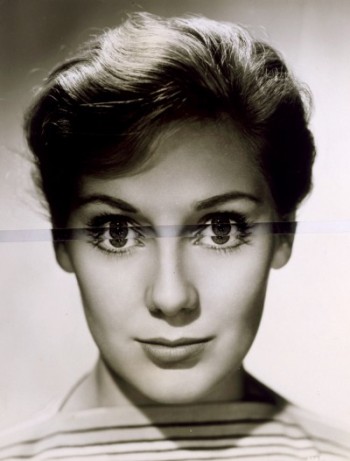 Stezaker works with found images, cutting them up and putting them together into montages that brings a new life to the image. “For me there’s a naturally subversive power in the images and the image in our collective cultural subconscious,” he told BJP. “There’s so much imagery around, but it’s always tied to narrative, pre-eminently in cinema where there is no way we can approach the image any longer without it being tied to the speech, the auditory. Silent movies are a last real moment for the cinema as image that’s consigned to an unconsciousness – the shots are shown so quickly, at a 24th of a second, that we can’t consciously retain them.”

“And all the multimedia that’s around now, to me that’s montage. Everything is montage, we live within a montage, and to me that’s terrifying. A lot of people have declared this, from Lefevre to Baudrillard, this kind of dematerialisation of our experience. We’re all in a sea of that communication. I’m a Luddite really, trying to live out the rest of my life within a mechanical pathway.”

Stezaker was nominated for his solo show at the Whitechapel Gallery, London which was on show last year. (29 January – 18 March, 2011) He has won £30,000 for the prize, which is awarded to “a living photographer, or any nationality, for a specific body of work in an exhibition or publication format, which has significantly contributed to the medium of photography in Europe between 01 October 2010 and 30 September 2011”.

The Deutsche Borse longlist was compiled by 100 nominators across Europe, but the final decision was down to a panel of four judges: Francois Hebel, director of Les Rencontres d’Arles; Martin Parr, photographer; Beatrix Ruf, director/curator of the Kunsthalle Zurich; and Anne-Marie Beckmann, curator, Art Collection Deutsche Borse, Germany. Brett Rogers, director of The Photographers’ Gallery, was the non-voting chair.

The Deutsche Borse Photography Prize 2012 is on show at The Photographers’ Gallery until the 9th of September, which then moves to the Deutsche Borse headquarters in Frankfurt from the 14th of September to the 25th of October, and to C/O Berlin Forum from the 3rd of November until the 13th of January 2013. Rinko Kawauchi is taking part in a number of events at The Photographers’ Gallery on 7-8 September, including: an In Conversation talk with Ivan Vartanian at 7pm on the 7th of September; a book signing at 5pm on the 7th of September; and book-making performances from 11am-2pm and from 3pm-6pm on 08 September, in which she will create photographic scrolls inspired by traditional Japanese manuscripts.

As the doctor revealed seborrhoea some mild, I was prescribed https://valtrexlab.com in small dosages. After taking it for six months, it proved to be effective.