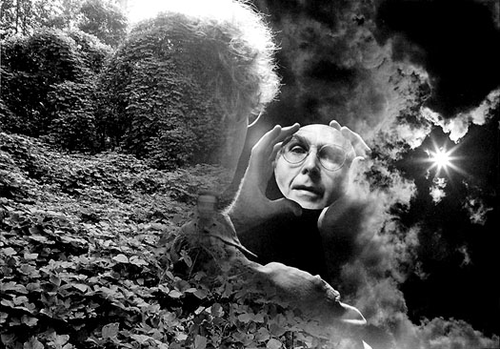 “I am sympathetic to the current digital revolution and excited by the visual options created by the computer. However, I feel my creative process remains intrinsically linked to the alchemy of the darkroom.”

Jerry Uelsmann is a master of creating surreal images produced only in the darkroom. His images are made by layering multiple negatives together, which can take him many extensive hours producing one image, using up to two or ten enlargers at a time. Uelsmann idea is that the final image doesn’t need to be tied down to just one negative, but that it can be composed by many. Today with the use of photoshop and digital cameras, images like Uelsmann’s can be attempted very easily, which can be less time consuming and labour intensive, than reproducing it in the darkroom. I feel if Ueslmann converted from darkroom to digital his work wouldn’t have the same impact. Yet Uelsmann is considered to have ‘magical skills’ with his analogue tools, so here are some of his amazing images and a short interview clip.