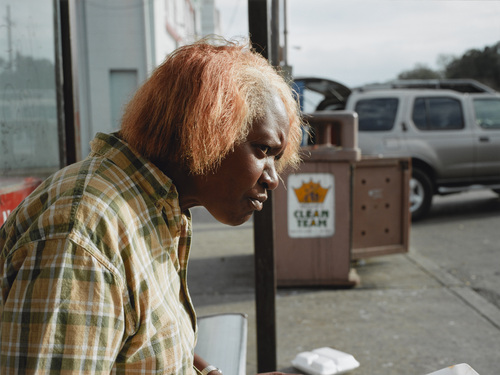 British photographer Paul Graham currently has a show on at the Whitechapel Gallery entitled Photographs 1981-2006 which includes photographs from Britain, Tokyo and the USA. Graham is a self taught photographer working mainly on colour film, which was unusual in the 1970s when most were using black and white film. We believe that because Graham was self taught he was able to develop his very individual style with colour photographs. The exhibition at the Whitechapel Gallery opened on the 20th April and will run until the 19th June so if your interested in Graham we recommend you get down there to have a look. Below are four images that we have chosen that really show Grahams individual style and talent with a camera and a roll of colour film.