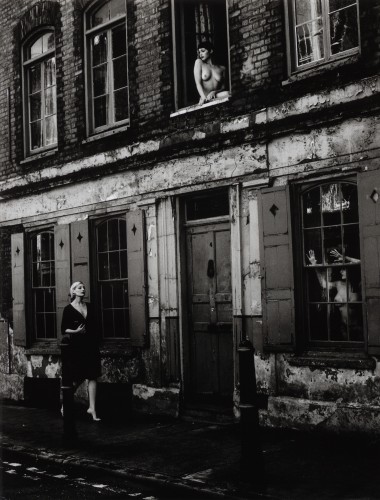 ‘Although I am fascinated by digital arts, I strongly believe in the immortality of film, the real essence of photography and I always expect the picture to be perfect at the first attempt. Photography is a mystery and every mystery should remain unveiled.’

On the 26th of July Proud Camden Gallery opened ‘Phantasmagoria’, meaning a sequence of real or imaginary images, showing a fascinating shifting series of illusions and optical trickery from the award-winning Italian photographer Marco Sanges. The exhibition brings together a phenomanal retrospective of Sanges’ most surreal and dreamlike black and white photography alongside collaborations with Agent Provocateur, large scale prints, and a unique, site- specific installation.

His iconic work has been inspired by the sequential nature of cinema, in particular the luminous black and white films of the silent era. His work traces a narrative of imagination, desire, and the fantastical. ‘Phantasmagoria’ establishes Sanges as a master illusionist; a true conjurer of phantasms and an acute storyteller.

Even from a early age Sanges was drawn into the seduction of cinema, the fashion world, and photography and managed to begin his career in a photographic studio. Now Sanges is based in London, where his theatrical vision and award-winning work has regarded him as one of the most innovative photographers working today.

‘Phantasmagoria’, will take your imagination on a roller coaster as Sanges explores an imaginative cinema of nudity and voyeurism, sexuality and costume, danger and play. Sanges’ bold and daring photographs will no doubt provoke, astound and delight the viewer.