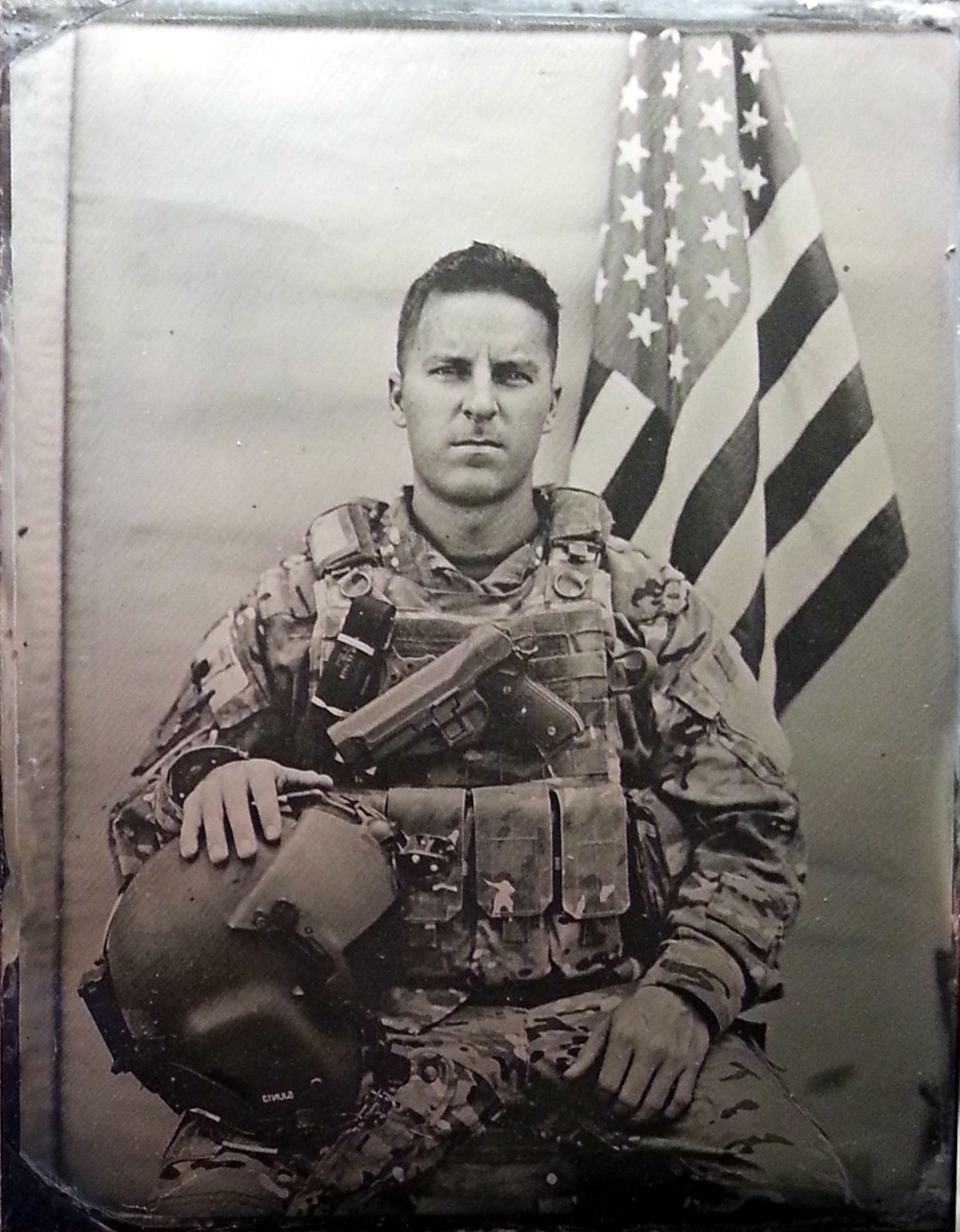 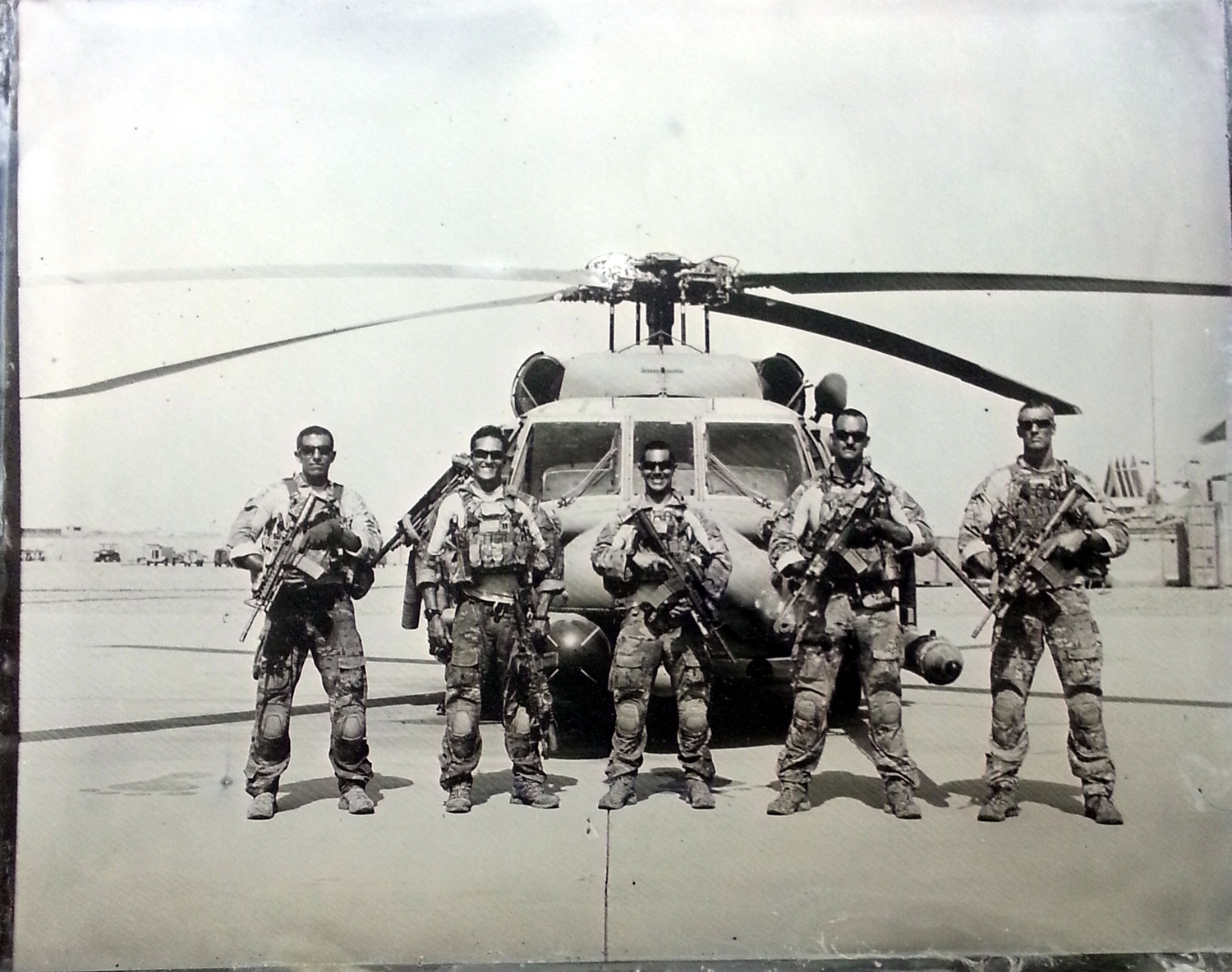 We have seen many ways in which people use this 19th century process but Ed Drew has probably got to be one of the most ambitious photographers to have used this complex technique showing that he’s man who is obviously not afraid of a challenge! Drew is a Brooklyn based photographer pursuing a photography minor who also happens to be an active defensive heavy weapons and tactics specialist for the National Guard. These unusual yet revealing tintypes where created in Helmand Province, Afghanistan and are the first tintype photos to be created in a combat zone since the Civil War!

Last April Ed Drew a staff sergeant in the California Air National Guard, was deployed to Helmand Province Afghanistan, as a helicopter aerial gunner with a United States Air Force Combat Rescue Unit. During his deployment, which lasted through June, Drew created tintypes of the men and women he worked along side with which he told Yahoo News, “Each one took about 30 to 40 minutes to make.” He carried on to tell Yahoo News, “And was always contingent on not getting a rescue mission, which means I would have to immediately drop whatever I was doing and be in the air with my crew in less than 10 minutes.”

Drew told The New Yorker, “To do this process in a war, let alone a foreign war, is historically significant. The process of wet-plate tintypes is challenging enough with perfect conditions and the availability of chemicals. In a foreign war, with the stresses of combat, lack of basic materials, drying desert air, and the wind and dust of Afghanistan, it was quite a challenge.”

Drew’s second son was born in January. “I wanted him to know his father in the event that I was killed in action and it became less important that my work was done in tintype than that I could show the humanity of war in the eyes of airmen I fly combat missions with.”