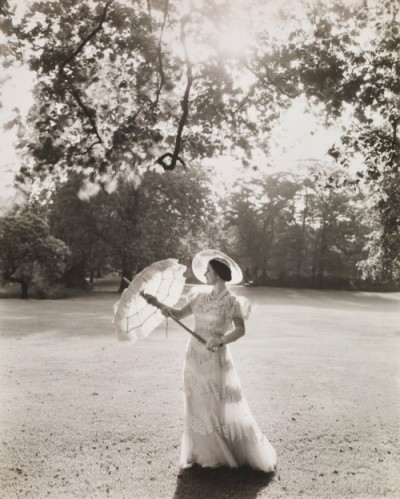 Exhibition closes 15 minutes prior to the Museum closing

To celebrate The Queen’s Diamond Jubilee, the V&A will be holding an insightful exhibition of portraits of Her Majesty all taken by the acclaimed photographer Cecil Beaton (1904-1980) who was able to photograph the Royal Family for many years. The V&A will be presenting highlights from their archive of Beaton’s royal photography, the exhibition will depict the Queen in her roles as princess, monarch and mother and include a number of photographs never before seen, as well as Beaton’s diaries and letters.

Celebrated photographer, designer and avid diarist, Beaton’s royal portraits were among the most widely published photographs of the 20th century. The exhibition explores Beaton’s long relationship with Queen Elizabeth II, who was a teenage princess when she first sat for Beaton in 1942. Over the next three decades, Beaton photographed The Queen on many significant occasions including her Coronation Day and the exhibition coincides with the anniversary of her accession to the throne.

The exhibition will feature nearly 100 portraits, from wartime photographs of Princess Elizabeth with her family, to tender images of The Queen with her own young children and official portraits that convey the magnitude of her role as Britain’s monarch. It will show elegant and highly-staged photographs alongside informal moments of the royal family at home, interspersed with film and radio footage from the time. Extracts from Beaton’s diaries and letters will reveal an insight into the working practice of a royal sitting, from the intense planning beforehand to conversations with The Queen and the pressures of achieving the perfect portrait. A selection of Beaton’s original contact prints from which the Palace chose the images released to the media, will be on display for the first time with volumes of press cuttings.

The exhibition will also demonstrate how Beaton controlled the use of his photographs, revealing the press embargo, cropping instructions and notes on the sitting scribed on the reverse of his extensively published image of the Queen and newborn Prince Andrew from March 1960. The exhibition is arranged in five sections documenting important sittings and charting the shift in Beaton’s photographic style, from his early Rococo-inspired portraits to a starker approach in the 1960s. One section will showcase portraits of Beaton himself by his contemporaries including Curtis Moffat, Irving Penn and David Bailey.