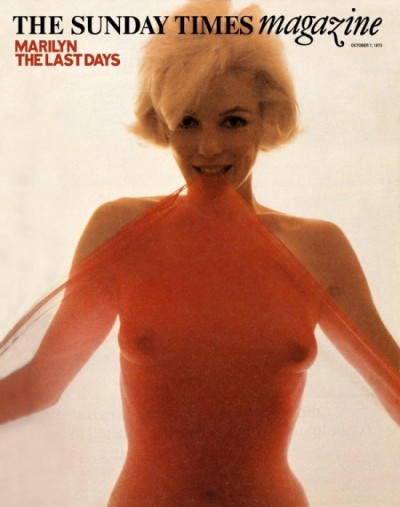 (The exhibition will be closed on the 11th-14th February)

The Sunday Times Magazine is Celebrating it’s 50th anniversary with a spectacular exhibition put on by the Saatchi Gallery, where they are showcasing  some of the worlds most famous photographers work who have contributed to The Sunday Times Magazine since its launch in 1962. You’ll see photographs by Don McCullin, David Bailey, Eve Arnold, Snowdon, Sam Taylor-Wood, Terry O’Neill, Uli Weber, Richard Avedon, Eugene Richards, Stuart Franklin and many more. As well as photographs the exhibition will also highlight the contribution made to the Magazine by renowned writers such as Ian Fleming, Martin Amis, Bruce Chatwin, Jilly Cooper, Zoe Heller, James Fox and Nicholas Tomalin.

On February the 5th, a special anniversary issue of The Sunday Times Magazine will be packed full of breathtaking images, including the best photos from the last half century and the 50 greatest front covers, plus articles by award-winning writers Lynn Barber, Camilla Long, AA Gill, Tim Rayment and David James Smith, who have regularly produced first-class interviews, stunning reportage and high-impact exclusives for the Magazine. So don’t forget to pick up The Sunday Times Magazine this weekend!

In February 1962, The Sunday Times launched the Magazine – the UK’s first colour newspaper supplement. “My God, this is going to be a disaster,” groaned Roy Thomson, the then owner of The Sunday Times. Newspapers in those days were dull dogs and the idea of putting a colourful magazine with a paper was seen as barmy! Mark Boxer, the first editor of the Magazine, later recalled, “A curious truth soon emerged: readers liked it – so much so that about a quarter of a million new readers were attracted to the newspaper.” It was not only part of Swinging London, it helped to create the 1960s spirit.

From the outset, the Magazine was innovative, enthralling readers with the peerless quality of its writing and photojournalism, while offering advertisers the opportunity to pitch their wares in full colour to a new generation of consumers. Fifty years later, and much emulated, the Magazine continues to innovate. With its unique Spectrum photography section, the Magazine remains the first port of call for the world’s best photographers and photojournalists.