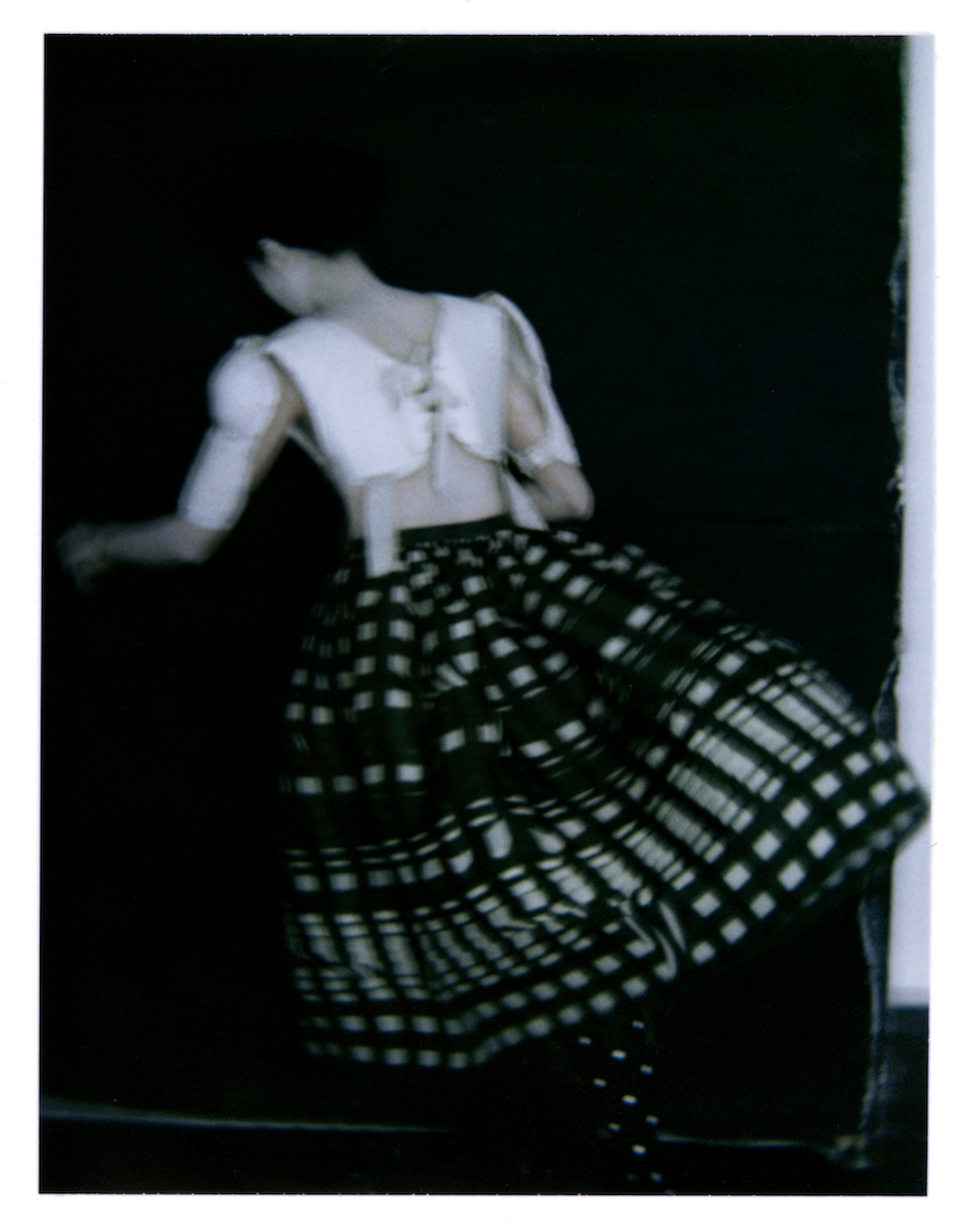 It is difficult to summarise Sarah Moon’s fantastical photography – almost thirty years of image making has made Sarah Moon a legend in her own lifetime. Well known for her personalised commercial and editorial work since the early 1970s, Moon has continued to investigate a dream world of her own invention, without repetition or compromise. Moon’s heart-stopping fashion images have bucked every so-called commercial trend, from the need to establish eye contact – it is only rarely there – to the belief that the most alluring fashion photograph must be glossy, even hyper-real.

‘About Colour’  shown at the Michael Hoppen Gallery until the 5th of April brings together new, old and unseen works, photographed exclusively in colour.

“I think of colour as more of a common language. More generous, more open, not transposed, the language of the real. When I shoot flowers or any still life, or fashion, colour forces me to be more abstract, I have to make the effort to transpose it, in order to get closer to what it was that first impressed me”

‘For me, black and white is closer to introspection, to memories, to loneliness and loss, I don’t see the same in colour – it’s another language, a living language.” – Sarah Moon 2008

‘About Colour’ follows Moon’s major 2013 exhibition ‘Alchimies’ at the Muséum National D’Histoire Naturelle, Paris. Her work has been exhibited in Europe, Japan and the United States and in 2008 she was awarded the Prix Nadar for her book ‘12345’.