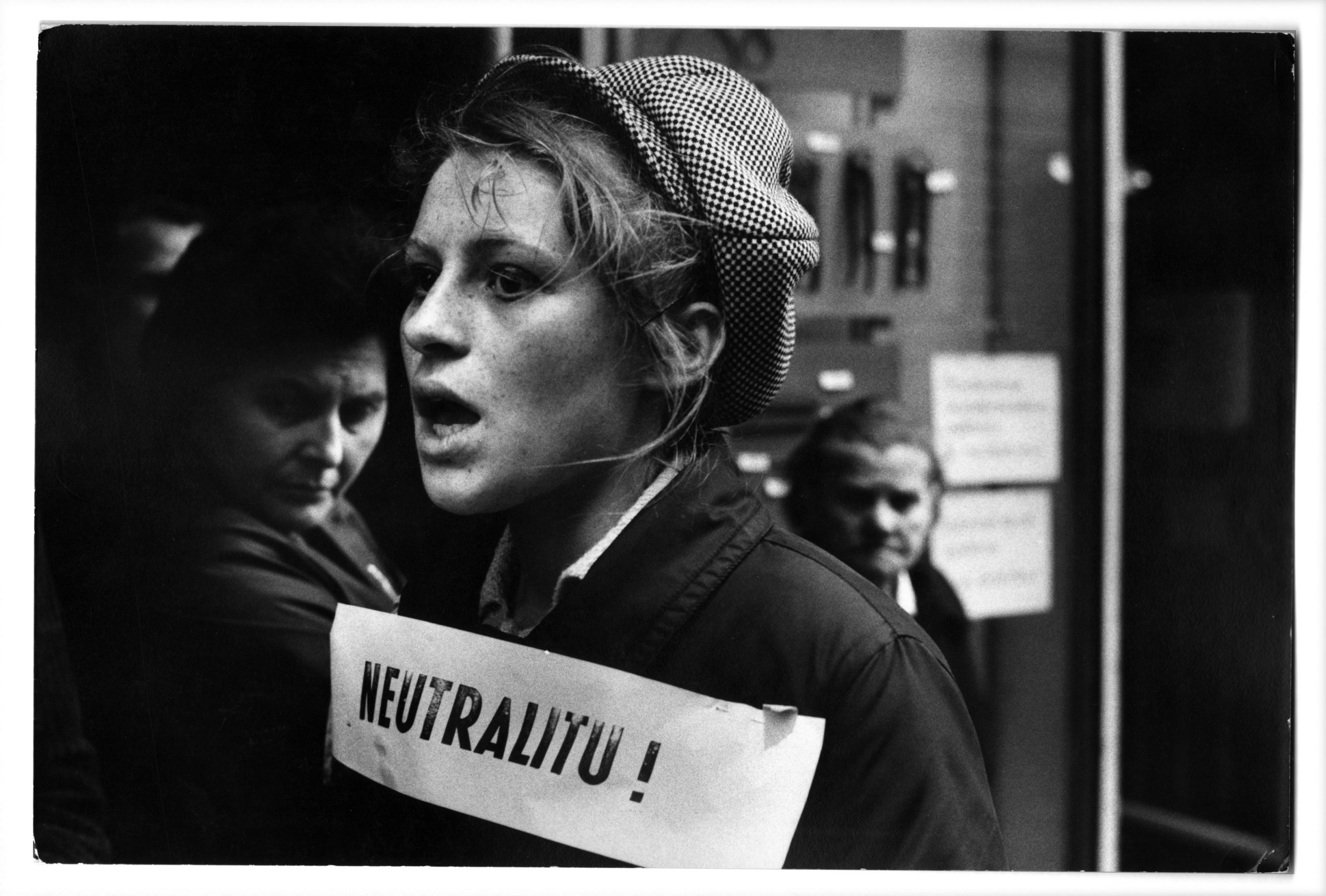 ATLAS Gallery is delighted to announce a major joint exhibition by two of the great names of modern photojournalism, Ian Berry and Bruno Barbey.

In May and August of 1968 two very different uprisings took place on the streets of two European cities, photographed by two very different photographers. The effect of each was to change the course of history for both cities. In Paris, May 1968, what started as a predominantly Bourgeois protest about the right of students to sleep with each other freely, ended in one of the greatest upheavals in French Society since the French Revolution. In Prague, in what became known as the Prague Spring, Czechoslovakia’s first secretary Alexander Dubcek, began a period of reform, which gave way to outright civil protest, only ending when the USSR invaded the country in August of that year. Both cities endured months of unrest, culminating in bitter confrontations. Although ultimately resulting in strengthened and emboldened governments the events influenced and set the scene for popular protests throughout the world thereafter and sent shock waves through the rest of Europe which are still felt today in the more recent events of the Arab Spring.

Ian Berry arrived in Prague (under the pretence of attending an architectural conference) on the same day as the Warsaw Pact tanks rolled in and was the only foreign photographer present to capture the momentous events of that day. He stayed for a week, eventually escaping with his film hidden in the hub-caps and headlights of his rental car. Berry photographed the arrival of the tanks and the unforgettable sights of young Czechs remonstrating with confused Russian soldiers, many from Asia, who had deliberately been kept in the dark about which country they were invading. For days he had nothing to eat and followed the protests from one part of the city to the next dodging Russian snipers from street to street. 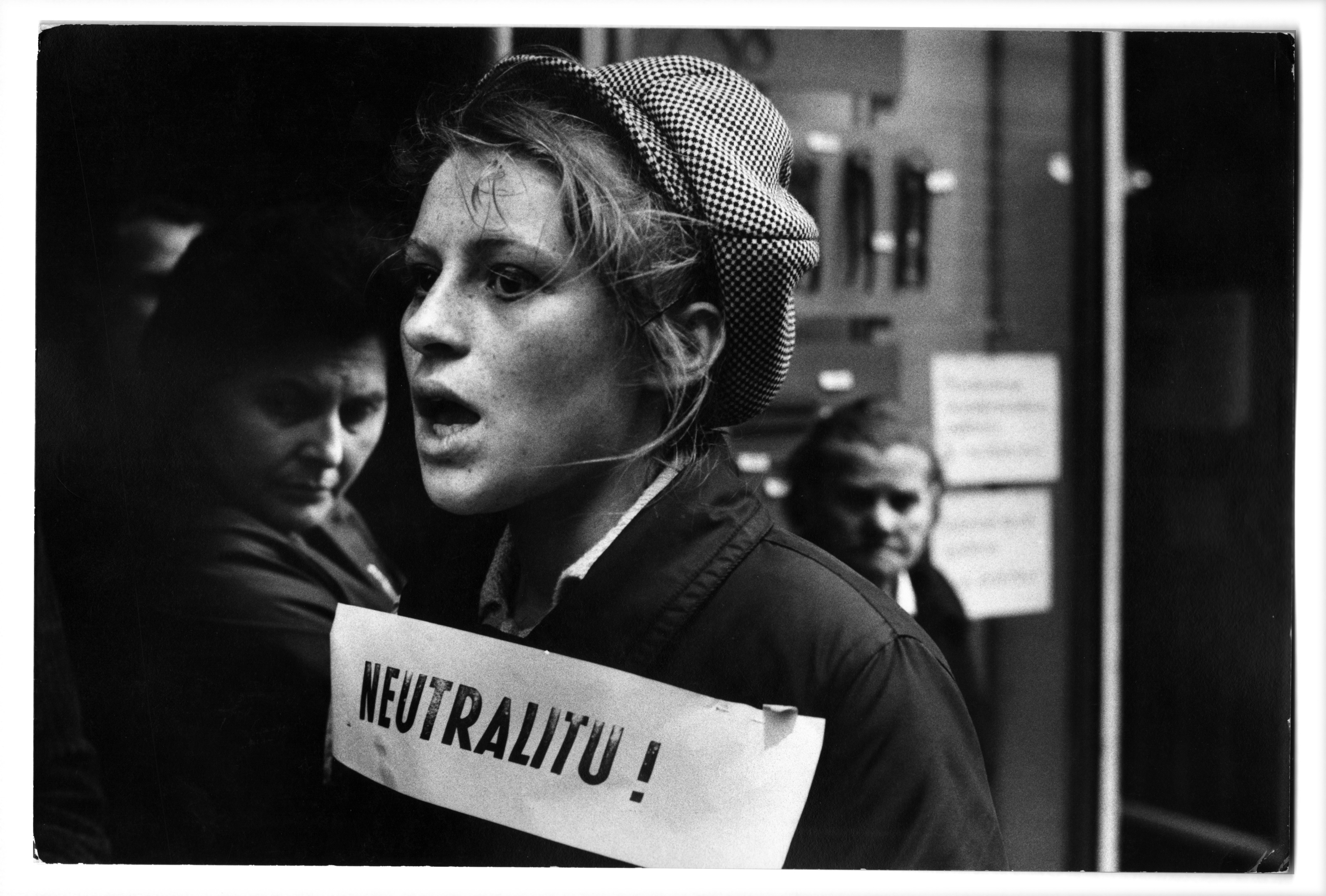 Berry was a stranger neither to exclusives nor being shot at, having previously worked on the legendary Drum magazine in South Africa, where he was the only photographer to photograph the Sharpeville Massacre in 1960. His photographs were subsequently used as evidence in the resultingpolice trial. His work in Prague, often overshadowed by the photographs of his contemporary, Czech photographer Josef Koudelka, is regarded as one of the most important photo-historical records of this major seismic event in late twentieth century history.

Earlier that same year the laconic Bruno Barbey, a French photographer, and like Berry a member of Magnum, was on the streets of Paris buying a brand new crash helmet in the company of Henri Cartier-Bresson, in preparation for photographing the enfolding events surrounding the Paris riots and the occupation of the Sorbonne. Originally starting as a student protest at Nanterre University around the right for students to sleep with each other, the civil unrest which engulfed Paris in May 1968 resulted in a general wildcat strike affecting 11 million workers (22% of the population) and the occupation of factories and universities across France. At its height the protests nearly brought down the government of de Gaulle and brought a halt to the fabric of society for almost a month. Despite its Bourgeois routes, events in Paris were in many ways more violent than in Prague, where young Czechs were fighting the much more authoritarian evil of Communist rule. In Paris, students hurled cobbles at police, burned cars and set up road blocks, yet continued to routinely hand their essays in on time for fear of being thrown out of university completely. Bizarrely, and in marked contrast to the young protesters in Prague, they carried banners and chanted slogans in the names of Marx, Lenin, Mao and Stalin. Bruno Barbey’s famous photograph of a young student hurling a cobble-stone at police has become the defining image of the time. He covered events for weeks in what became the most violent protest in a western capital since the Second World War. SPRING REVOLUTIONS, 1968 – A TALE OF TWO CITIES at ATLAS Gallery will be the first time the works of Ian Berry and Bruno Barbey will show together, occupying both the upper and lower galleries. 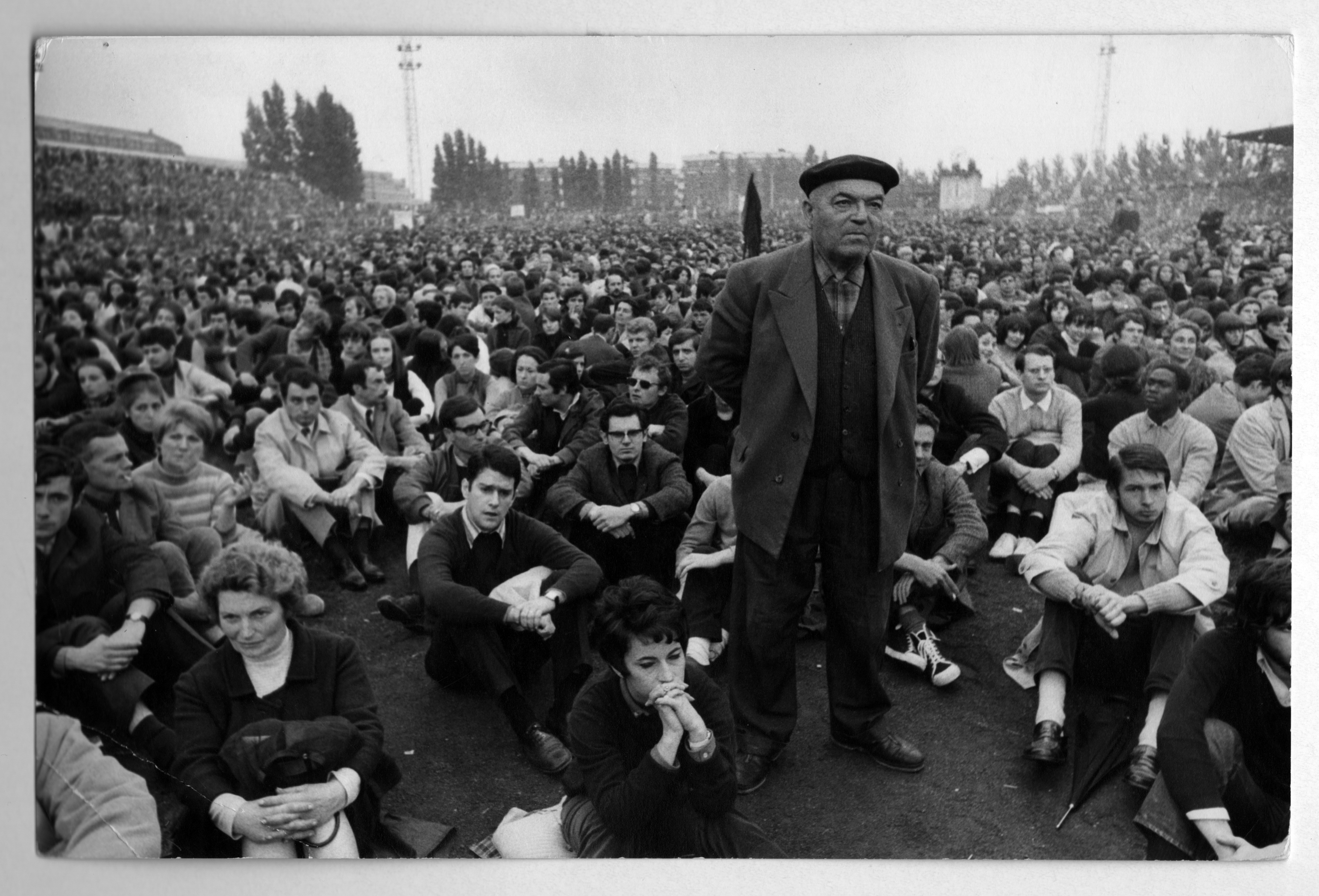