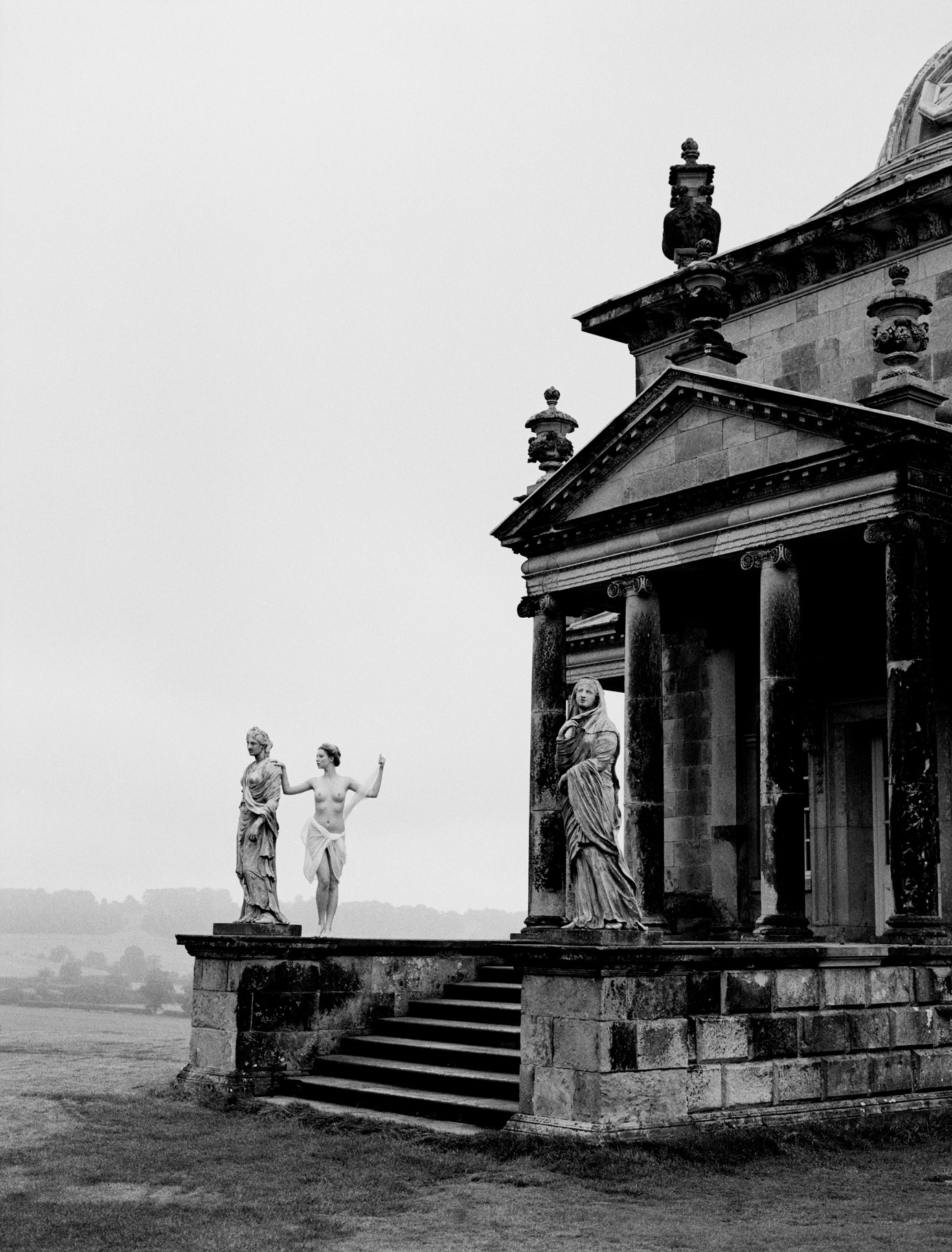 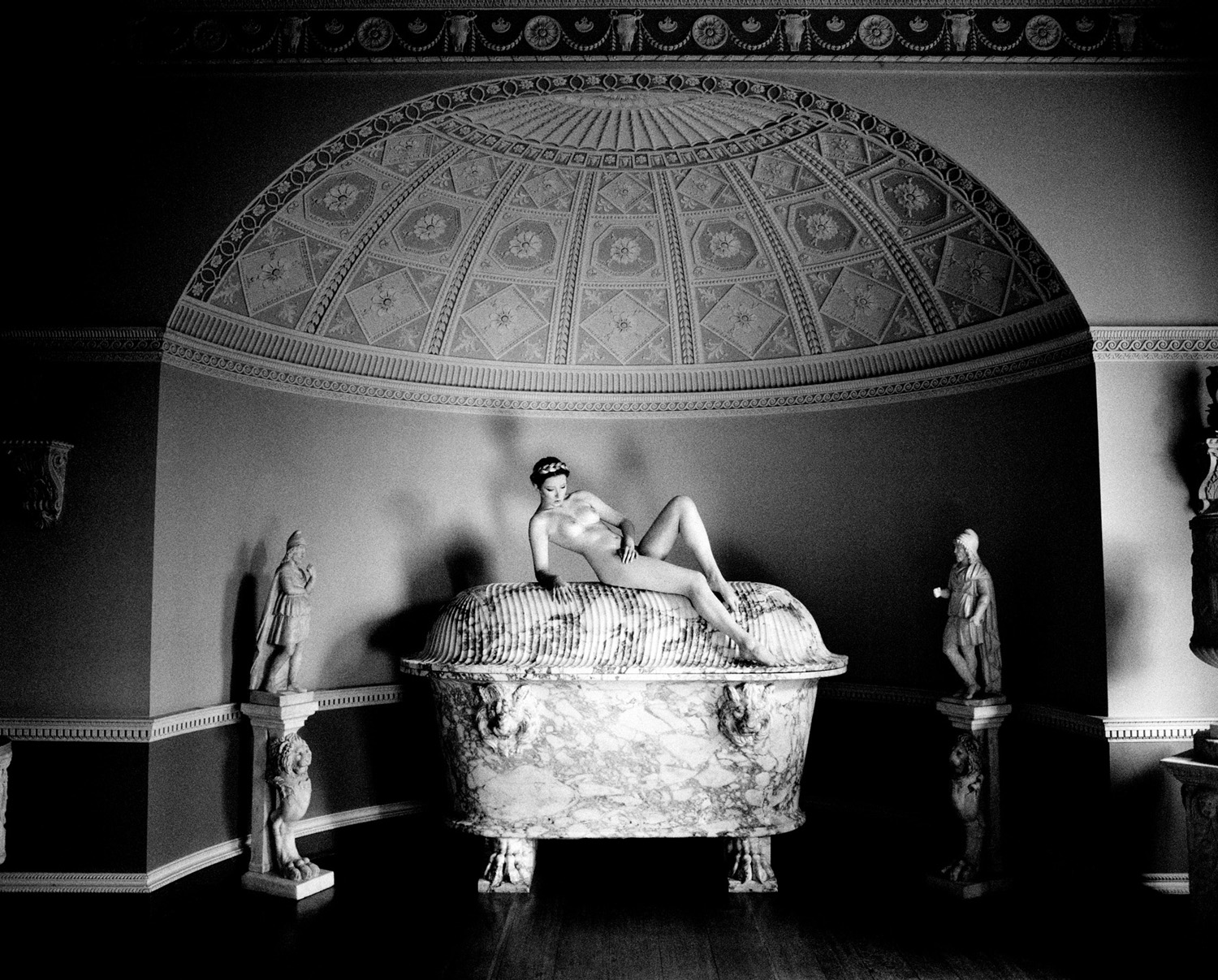 London based photographer Grace Vane Percy has been creating a beautiful body of work over a number of years where she has been exploring the Venus poses & the female body. Her work has been shot on mostly medium format film as well as some 7×5 sheet film. Percy is now looking for funding to help her put this project into a book:

“I have been working on this self-funded project for four years and it’s finally ready to be published. With your support and generosity, all this planning and work can finally be brought out into the real world. Shot mainly on medium format B&W film in some of the UK’s most celebrated country houses, my series of 54 unique images and 15,000 words of text is completed. Locations include famous and historically significant houses, from Alnwick Castle, where Harry Potter was filmed, to Castle Howard where Brideshead was revisited twice. The photographs combine the female form with architecture in a manner never before seen. The halls, of Houghton and Holkham, the gallery of Newby Hall, as well as follies and fountains provide the perfect setting.

Venus is the mother of all female nudity in art. She is known for her ethereal beauty, which transcends mere desire. With the advent of photography this disassociation from the mortal world became difficult to execute. In this series, the concept of perfect encapsulation of female beauty is reclaimed and represented for the modern world.

The result will be a full-color printed (for richness & depth of tonal quality), black and white hard-back, coffee table book. Funds raised with this Kickstarter campaign will finance only one thing: producing the first edition of books. This includes commercial printing (litho laser press), paper and other costs for special binding.”