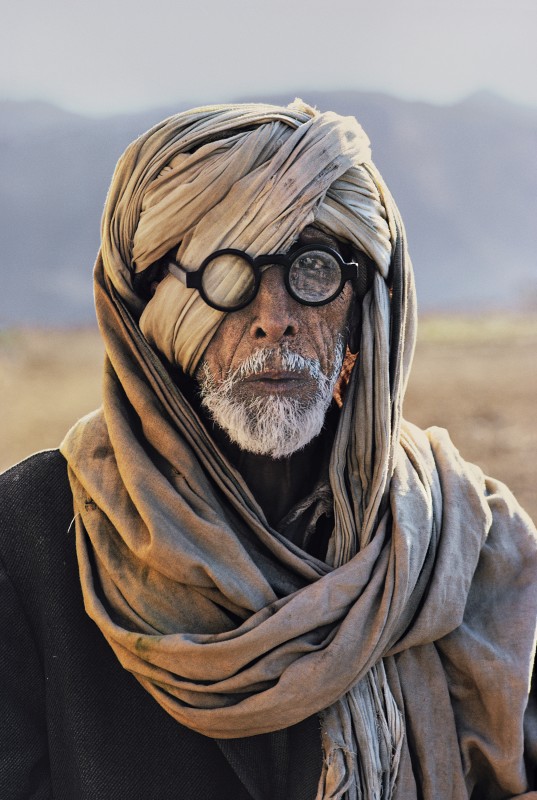 “Most of my photos are grounded in people, I look for the unguarded moment, the essential soul peeking out, experience etched on a person’s face.“

Opening today an exhibition celebrating Steve McCurry’s ongoing relationship with Afghanistan’s people, culture and landscape. This is a rare chance to see powerful photographs from the archive of this legendary photojournalist, documenting the rich history of a troubled, yet beautiful country.

In 1978 Steve McCurry travelled to Pakistan as a young freelance photojournalist looking for stories. It was here and then that he met the first of many Afghan refugees, who encouraged Steve to travel with them to their country to help tell the story of a conflict between US backed Mujahideen rebels and the Soviet backet Afghan Government, a conflict that was to develop into a bloody 9 year long war that would take the lives of over 1 million Afghans.

Steve McCurry (born in Philadelphia, 1950) is one of the most recognised and celebrated photographers of our time. His iconic portrait, The Afghan Girl, has become a symbol of middle eastern culture and a piece of photographic history. First published as the now famous cover to National Geographic’s June 1985 issue, the portrait of Sharbat Gula in the red veil is just one of hundreds of awe inspiring photographs from Steve’s time in Afghanistan and neighbouring Pakistan.

A country of great contrast, torn by conflict and washed in beauty, Afghanistan has been a recurring subject in Steve’s work for over 30 years. During his various tenures there he has lived with the Afghan people, both military and civilian, and documented conflict, culture and scenery across the incredibly varied landscape.