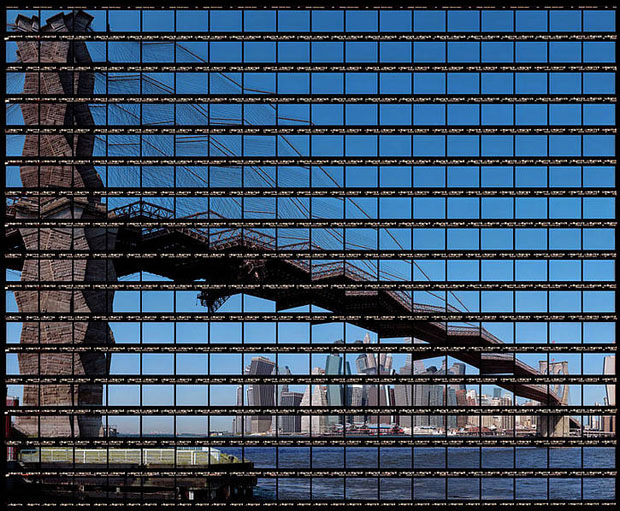 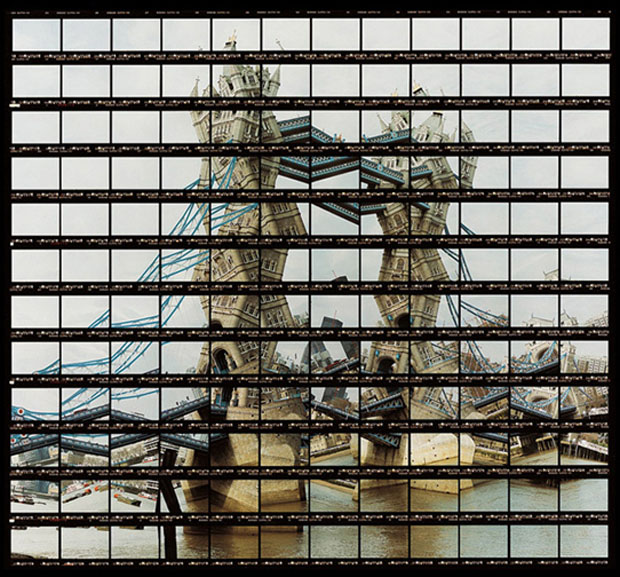 “Each photographic work is made up of horizontally placed film strips of up to 1,269 individual pictures. Every single one of these smaller images was taken with the camera from a slightly shifted perspective and subsequently combined into an overall picture, creating an entirely new image.”

“To approach something like The Great Wall of China is much more complicated than it looks. Once you reach one of the accessible parts of The Wall, you have to walk, climb, and tumble up and down the path on top of the Wall and the many stairs that have been polished by the feet of thousands and thousands of soldiers, and later by millions of tourists. You have to get away from the mass tourism to find a place of silence. In the way that I work, it is not possible to photograph more than just a little piece out of the thousands of miles of this wall. It takes hours to expose 25 roles of 36-exposure film, or 900 shots, to be finished before the sunset, smog and fog enter the frame. In this image, I started with sunshine in the bottom of the image and ended with less sun towards the top.”– Thomas Kellner 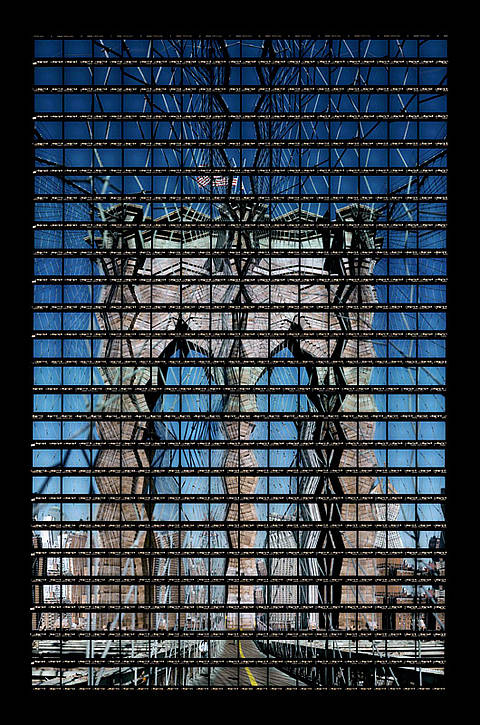 “Tango Metropolis” is a complex project by German born photographer Thomas Kellner, where he creates carefully planned mosaic like photographs of large-scale panoramas of famous landmarks using 35mm film. Rather than having the shots printed or digitized, Kellner uses scans of the film strips themselves. The rolls are kept in their long strips, which means Keller meticulously plans out and carefully shoots every shot to have the frames come together when the strips are placed side by side.

Kellner has created these unique and miscellaneous mosaic-style panoramas of popular tourist destinations all around the world, depicting such monuments such as Tower Bridge, The Golden Gate Bridge, The Great Wall of China and many more.