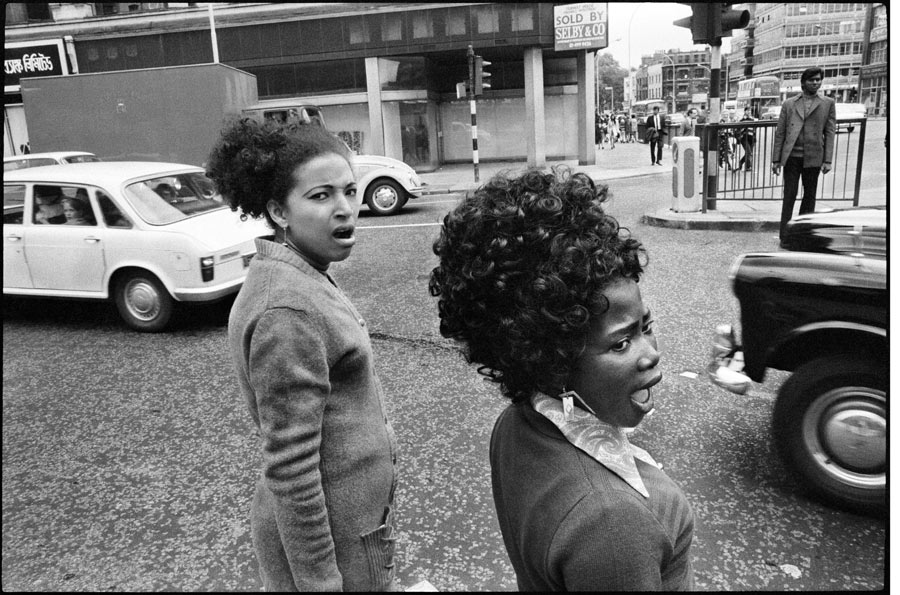 This exhibition, put together by Autograph ABP and Magnum, brings together the work of four different photographers, who have brought the black society into focus through their work as long Magnum members. This exhibition looks across many photographic archival stories in displaying a wide range of different black societies and situations.

The four photographers work that is displayed in this exhibition include Ian Berry, Chris Steele-Perkins, Wayne Miller and George Rodger. Miller was one of the first Western photographers to document the destruction of Hiroshima. He had just returned from World War II working as a Navy photographer when he received two Guggenheim fellowships to fund an in-depth documentation of African-American life on Chicago’s Southside. The project, started in 1946 and which spanned over three years, capturing both the cultural renaissance and the bleak economic realities faced by the city’s largest black community in the post-war era. Miller’s suggestive black and white images provide vital visual history of Chicago when it was at its industrial peak when the stockyards, steel mills and factories were booming.

George Rodger, a British photographer, was one of Magnum’s founding fathers and members since 1947, produced a series of portraits charting the arrival of Afro-Caribbean migrant families at London’s Waterloo station in 1964, photographed as part of a wider project entitled ‘Impressions of Britain’. He has also photographed the London blitz which brought him to the attention of Life magazine, allowing him to become a war correspondent. He won eighteen campaign medals covering Free French activities in West Africa, and went on to document the war front in Eritrea, Abyssinia and the Western Desert. He travelled to Iran, Burma, North Africa, Sicily and Salerno, Italy, where he met and befriended Robert Capa.

Ian Berry spent a significant period during the 60s and 70s photographing England as part of the first Arts Council Photography Bursary, after he documented his powerful depiction of South Africa during the apartheid. His photographs displaying multicultural and black communities include several photographs that expose an increasingly diverse British society.

‘Curators in most instances simply replicate and maintain the power structures inherent in the archive. This process signifies an enquiry into what is clearly unfinished representational business, as we look further into the world’s image banks. The challenge is to avoid the trap of definitive story telling and to present photographs that enable reinterpretive moments, meanings and references to surface from within the archive. References that generate either real orn imagined experiences that enter the diverse fields of perception that viewing these historical photographs may trigger’. Mark Sealy, Director, Autograph ABP