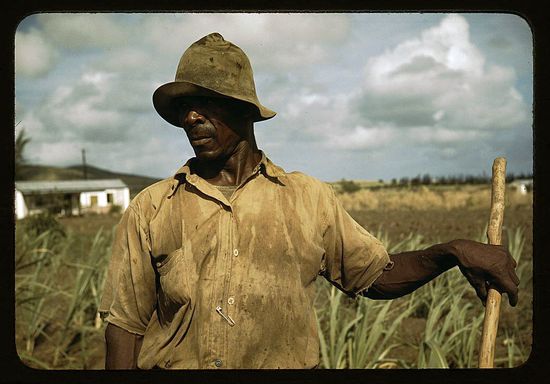 “It is called a great collection now, perhaps the greatest ever assembled in the history of America. But I am not interested in adjectives. I am only interested in pictures” – Roy Stryker

The iconic photograph entitled ‘Migrant Mother’ taken by the equally renowned photographer Dorothea Lange was formed through a United States Government project, entitled the Farm Security Adminsitration – Office of War Information Photograph Collection, that created one of the most impressive and most significant photography collections ever formed in the United States, forming over 170,000 photographs, which were archived depicting daily life in America from 1935-1944, setting a phenomenal landmark in the history of documentary photography.

The government’s New Deal was supposed to bring America out of the Great Depression and Dust Bowl era. The photographs from the Farm Security Adminsitration – Office of War Information Photograph Collection formed an extensive pictorial record of everyday American life. This U.S. government photography project was lead for most of its existence by Roy E. Stryker, formerly an economics instructor at Columbia University. His vision and passion for the nations workers and photography lead him to form one of the greatest collections ever assembled. Stryker employed such photographers to span out across America such as Walker Evans, Dorothea Lange, Russell Lee, Arthur Rothstein, Ben Shahn, Jack Delano, Marion Post Wolcott, Gordon Parks, John Vachon, and Carl Mydans. The project initially documented cash loans made to individual farmers by the Resettlement Administration and the construction of planned suburban communities. The second stage focused on the lives of sharecroppers in the South and migratory agricultural workers in the midwestern and western states. As the project expanded, the photographers turned to recording both rural and urban conditions throughout the United States as well as mobilization efforts for World War II.

The images by these many photographers came together as one giant archive, displaying Americans at home, at work, and at play, focusing particularlly on rural/small town life showing the great effects of the Great Depression, the Dust Bowl, and increasing farm mechanization. Some of the most iconic work to have come from this extensive project portray people who were displaced from farms and migrated West or to industrial cities in search of work. As World War II started to approach ever closer the duties of the Farm Security Administration and Office of War Information shifted.

The project was a huge PR campaign which resulted in some of the most profound and compelling images from America of the 20th century and formed one of the most significant collections in the United States.

Below is a lecture by Yale Ph.D. Candidate, Lauren Tilton, presenting the lecture “Shifting Visions: FSA-OWI Photographs from the Great Depression to World War II” as part of The National WWII Museum’s Lunchbox Lecture Series.