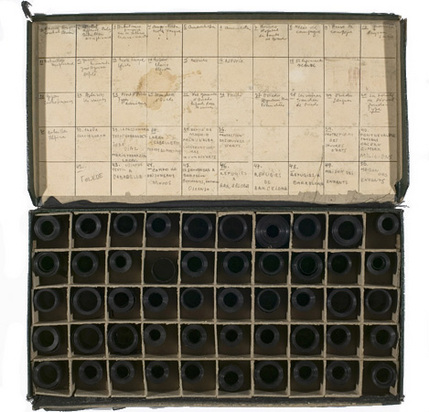 For many decades this suitcase was presumed lost, which contained many of Robert Capa’s work from the Spanish Civil War, but it resurfaced in Mexico City in the late 1990’s. As Capa was fleeing Europe in 1939 he lost his collection, which over time came to be dubbed the “Mexican Suitcase”. In December 2007 the ownership of the collection was given to the International Center of Photography, which is a museum founded by Capa’s younger brother.

For the first time the suitcase will be displayed at the museum in New York, to allow the public to experience the most famous group of recovered negatives of the twentieth century. The Mexican suitcase is actually three boxes containing 4,500 negatives documenting the War by Robert Capa, Chim (David Seymour) and Gerda Taro. They risked their lives to witness history in the making and to show the world,  and the Suitcase contains some of their most important works. The work from the Mexican suitcase provides a unique view of the Spanish Civil War, but also portrays how the work of these legendary photographers laid the way for modern war photography.