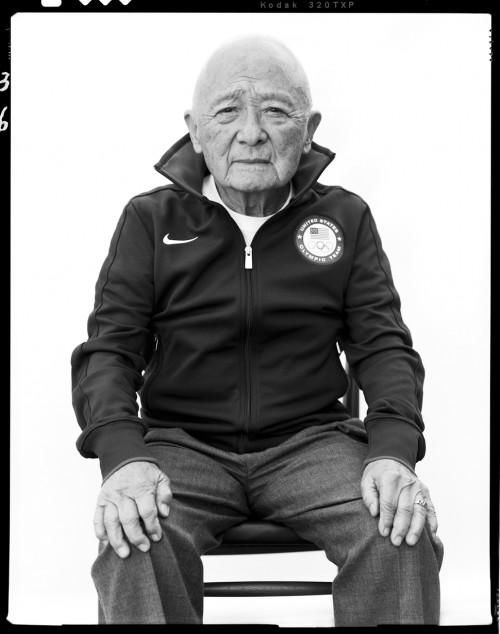 Before the start of the London Olympic Games Damon Winter, a New York Times photographer, embarked on an intriguing project entitled Their Golden Years, where the Times tracked down former athletes who represented the United States of America during the 1948 Olympic games to take part in having their portrait taken by Winter. The project conveys a remarkable biographical glimpse into each athletes life, where Winter has pieced together before & after photos, a brief description of what they did, and short audio interviews in which they share some memories.

Over many years the Games have changed dramatically, athletes from the 1948 London Olympics experienced a very different games than the athletes that visited London this year. The 1948 Games were the first ones held after a 12-year break caused by World War II. The New York Times wrote:

“The United States sent more than 300 athletes, most of them arriving in England on the S.S. America. In London, they found a city wracked by years of bombings.  A food-rationing program was still in effect. The organizers could not afford to build an Olympic Village to house the athletes.”

These series of images include a number of significant athletes from those games such as the high jumper, Alice Coachman. She was the only female American athlete to win gold in track and field in 1948. But she was not the only female American athlete to win a gold medal in those Games; six American women did as well. (Ms. Coachman also held the distinction of being the first black woman to win Olympic gold.)

To listen to the audio and to see more of the athletes Winter photographed please click on the link at the bottom of the page. (New York Times)