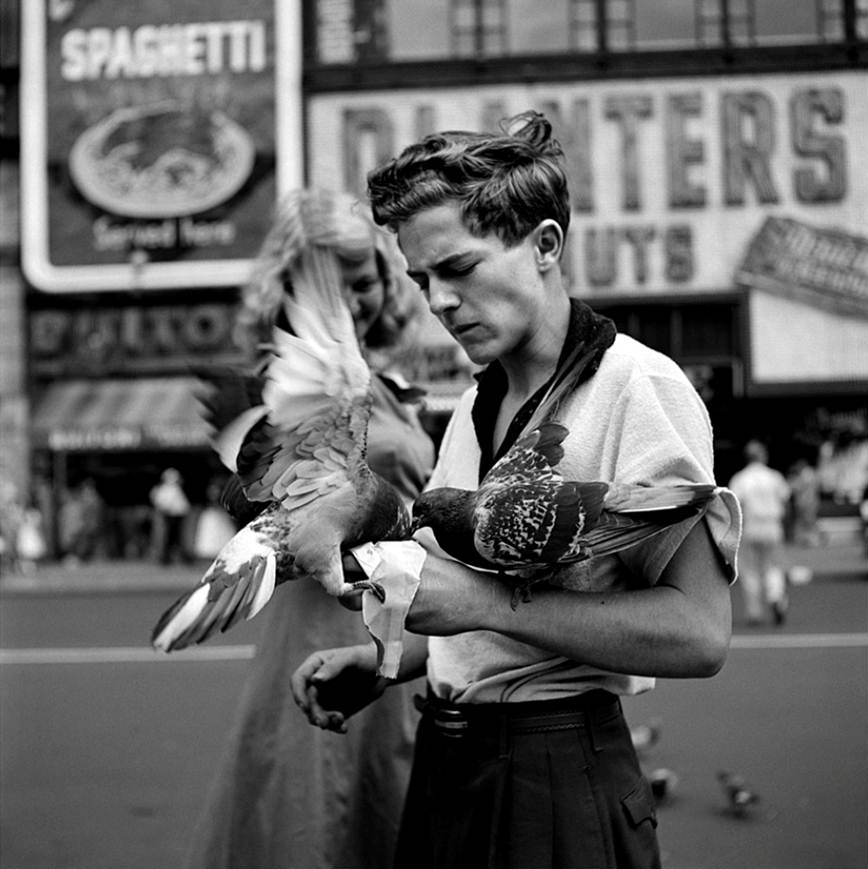 The secretive nanny who shocked the photographic world with her hidden talent is back in London at the Chris Beetles Fine Photographs Gallery! The nanny whose sheer talent for photography matched Diane Arbus, Brassai, Walker Evans and the rest.

In 2007 a real estate agent John Maloof purchased 30,000 negatives taken by the then anonymous photographer Vivian Maier, a reclusive nanny from Chicago. Bought on a hunch, he had inadvertently stumbled upon an undiscovered pot of gold. Born in New York in 1926, Maier spent her youth in France before returning home to The States in 1951, where she spent the next five decades looking after various families and their children. As well as following in the footsteps of Mary Poppins this eccentric, highly intellectual and heavily opinionated lady was also a serious street photographer.

With her Rolleiflex camera firmly around her neck Maier strolled through the streets of Chicago and New York casting her eye over the everyday characters and scenes she saw. Fashionable fur stoles, boys playing on the beach and journeys on the Statten Island ferry are just some of the subjects which filled her oeuvre.

When Maloof acquired these negatives in 2007 Maier was a complete unknown, with little knowledge of her talent and the breadth of her archive. The storage locker, which unearthed Maloofs acquisition, was only auctioned off to help settle a number of payments, which had built up before Maiers death in 2009.

After Maloof’s initial discovery he went on to recover over 2,000 roles of undeveloped film, 3,000 prints and 150,000 negatives. This incredible archive is now highly regarded in the photography field and Maier has since been compared to the likes of the great 20th Century documentary photographers Diane Arbus, Brassai, Walker Evans and Weegee.

Chris Beetles exhibition will be a small but exquisite hang showcasing some of the best photographs from this remarkable discovery!