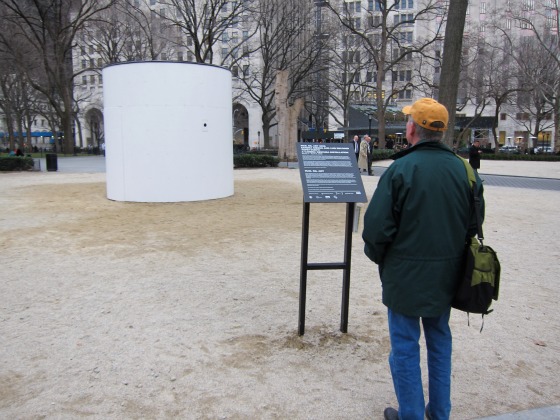 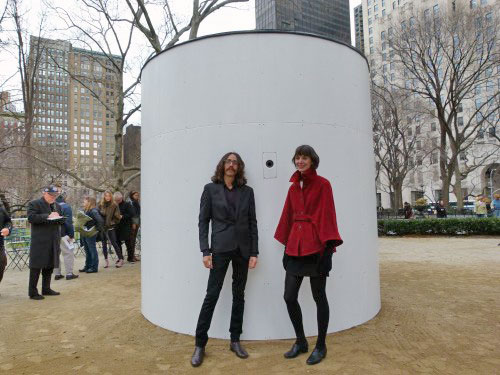 A pair of artists created a life-sized, 10-foot by 10-foot camera obscura installation in a popular New York City park as part of an effort to educate the public about one of the world’s oldest photographic devices. The pair have named it, “Topsy-Turvy: A Camera Obscura Installation.” The art project was created by New York artists Sandra Gibson and Luis Recoder for Madison Square Park. Visitors to the park can enter the all-white camera obscura and see how it uses light and shadow to capture inverted images of the city’s surrounding Flatiron District in real time.

The Artists said: “Topsy-Turvy is our homage to one of the earliest moving image technologies in the pre-history of cinema. The projected image inside our circular Camera Obscura delivers a topsy-turvy panoramic abstraction of Madison Square Park and the surrounding scenery around the Flatiron District.”

The centuries-old camera obscura, which has been used by everyone from Aristotle to Louis Daguerre and helped create the first photographs, is typically constructed out of a box or room with a hole in one side. As light passes through the hole, it strikes a surface inside where it’s flipped upside down to create an accurate representation with perspective and color intact.

The camera obscura installation will be featured in Madison Square Park until the 5th of April!