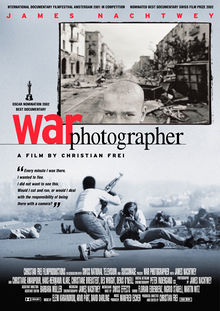 “I have been a witness, and these pictures are my testimony. The events I have recorded should not be forgotten and must not be repeated.”
Natchway is an incredible and brave photographer, who has travelled to the far corners of the world to big to light pressing and disturbing issues. The clip below shows you a glimpse of his incredible film documentary entitled ‘ War Photographer’ which was released in 2001 and since then it has recieved the Academy Award nomination for the best documentary film. He is a truly amazing photographer and this documentary shows you how he manages to capture such striking shots.