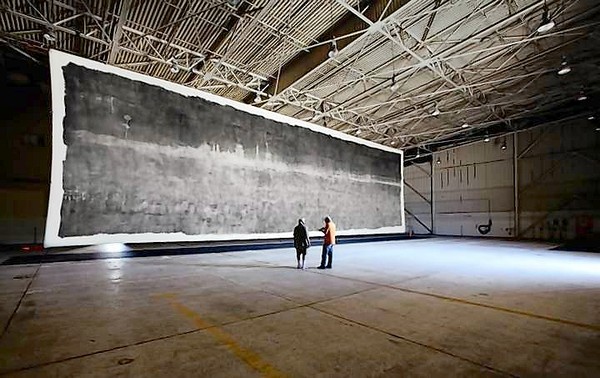 A three stories high, eleven stories long, producing a guinness world record for ‘The Great Picture’. This was produced by a team of six artists called The Legacy project and a army of assistants converted an abandoned F-18 jet fighter hanger at El Toro MCAS in Orange County, California into a massive pinhole camera. Then they hung a single seamless piece of light sensitive muslin cloth from the celling of the hanger.

On July the 8th 2006 the cloth was exposed through a hole less than 1/4 ” in diameter and this is how the Worlds largest pinhole photograph was made. On September 2007 the great picture was publicly displayed for the first time.