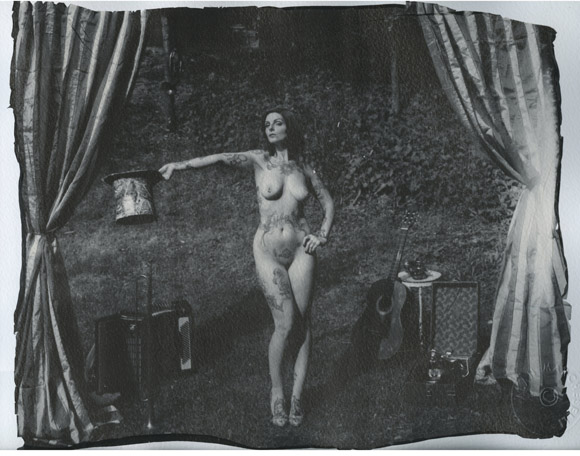 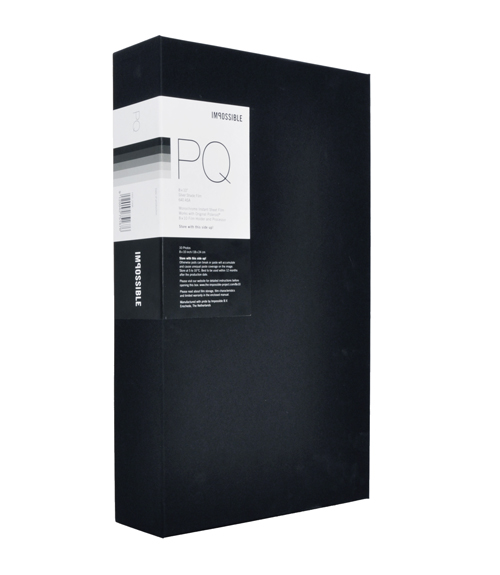 Thanks to a small passionate group of instant film enthusiast’s, instant film over the past four years has been able to make a come back with the creation of Impossible film. Each year Impossible’s success and distribution of new films just keeps on growing, giving hope to instant film optimists as well as sparking a new generation of instant film photographers, that this type of film is not going any where and is here to stay!

From the 23rd of August to the 24th of September the Impossible Project Space NYC presents the very first photos taken on the test film of the upcoming PQ 8×10 Silver Shade film in a historic landmark exhibition. By the 30th of August the new PQ 8×10 film will be available to purchase from the Impossible website, as well as Impossible Project Spaces such as NYC, Paris, Vienna, Tokyo and at selected worldwide partner stores and dealers. One pack contains 10 photos and costs EUR 169 I 189 USD. PQ 8×10 film is also compatible with all 8×10 cameras equipped with a Polaroid film holder, as well as the original Polaroid 8×10 processor.

One of the founders of the Impossible Project, Florian Kaps says “Back in 2009 we preserved the last intact 8×10 Polaroid production machine and transferred it from Waltham in the USA to our factory in the Netherlands. At that time it was uncertain whether it would ever be possible to manufacture a new 8×10 film. Today we are proud to announce the revival of this legendary format with the new PQ 8×10 film.”

“Looking at an 8-by-10, you have so much information,” said Chloe Aftel who spoke to the NY Times, whose work will be displayed at the exhibition. “The film can handle changes in light better than digital and there is a pleasure, richness and density to the film.”

“Polaroid introduced the 8×10 film in 1973 making high-resolution large format instant photography possible for the first time. The unique size and characteristics of the 8×10 film soon captured the attention of photographers as an artistic medium. During the 1980s it was frequently used for landscape, fine art or advertising- photography, scientific applications as well as high quality proofs. Just like all other types of Polaroid film it was discontinued in the 21st century.” says Impossible.

Finally the time has come for the public to view up close in person the results of the new PQ 8×10 Silver Shade film in an significant exhibition which features work by acclaimed and up and coming photographers (some shown below) Chloe Aftel, Penny Felts-Nannini, Adam Goldberg, Thom Jackson, Tim Mantoani, Alan Marcheselli, Melodie McDaniel, Stefan Milev, Nicholas Misciagna, Rommel Pecson, Bill Phelps and Neal Winter.

“Don’t undertake a project unless it is manifestly important and nearly impossible.” Edwin Land