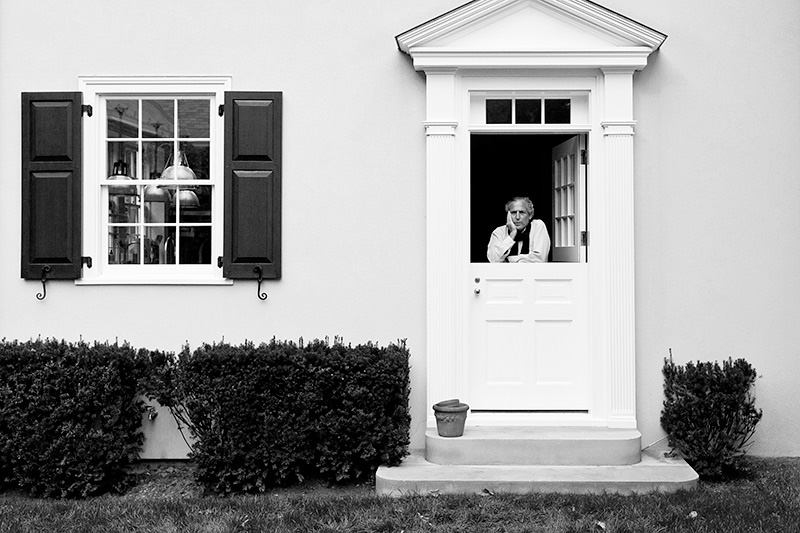 “He’s old school with a twist.”

Rodney Smith’s work is mesmerising , distinctive, crisp and clean black and white photographs, as well as having a small selection of striking color work. His photographs convey an elegant combination of style and substance, humour, glamour and distinctive details. The characters that Smith focuses on in his extremely well composed imagined world are elegant, chic, and dapper, but also riddled with quirky and clever details.

In 1970 Smith graduated from the University of Virginia and earned a Master of Divinity in Theology from Yale University in 1973. While at Yale, he also studied photography under photographer, Walker Evans. In 1975, Smith received a Jerusalem Foundation Fellowship which enabled him to travel to Jerusalem taking photographs which resulted in his first book “In the Land of Light”, published in 1983, followed by his second publication, “The Hat Book” in 1993. As well as his Fine Art work, Smith has been commissioned for numerous major commercial assignments including American Express, Starbucks Coffee, Ralph Lauren, The New York Times Magazine, W Magazine, and Vanity Fair. His work has been exhibited internationally having won him over 75 awards. In 2010, Rodney Smith released, “The End”, an immaculately design and executed, limited edition publication celebrating his 40 years in photography.

In this in-depth interview with My Modern Metropolis he explains about his characters in his images and how to comes to capture these mysterious and simply stunning worlds, please click Here to read the full interview:

My Modern Metropolis: In all of your photos, you can tell that you put a lot of thought into order and composition. Do you ever break the rules, and as a photographer do you think you should?

Rodney Smith: Cartier Bresson was the master of composition. There have been many, Eugene Smith, Cartier Bresson, who have great compositional sense. I think composition in photography is very similar to rhythm in music. If you have great rhythm you have great compositional sense. Composition is derivative from classical tenants. That is, how things fit into the environment, their placement and scale in the environment, the relationships between objects and people, the photographer and his subject – those are all classically based sentiments. In poetry, if one writes in iambic pentameter that is similar in cadence to body rhythms. That’s why people always like it when something’s in meter because it feels comfortable to them. It resonates with the human heartbeat.

My Modern Metropolis: Many of the characters in your photos seem as though they’re searching for something. Is this deliberate and does this represent something personal?

Rodney Smith: The blog is, in a way, a response to that; it’s one long answer to that quest. I think everyone is searching for something, whether it’s meaning in life or purpose in life or reflecting on who they are, how they fit into their world, if what they are doing in their life is important to them. I think in almost every instance, anyone who reflects on their existence is wondering about their purpose. I don’t know my function in life. That’s probably the quest. Whether people articulate it or not, I think everyone is doing the same thing.

Rodney Smiths images are recognisable, that cannot be forgotten, photographs that you want to go back to time and time again, to inspect, contemplate and to purely admire their beauty. In Smith’s own biography he states, “He’s adamantly analog. Only shoots film. Never uses special effects. And knows the darkroom like the back of his hand.” He is known for his casual and impromptu style on set of shooting with a medium format Hasselblad camera, yet dispute this the final results reveal a refreshingly pure and simple vision.

A self-proclaimed workaholic and perfectionist, Rodney has said of his attention to detail in his work that, “My father was a business man in the fashion industry. In that business everything is about appearance so I grew up in a family that was totally oriented about how things look. I think that was generally instilled in me from a very early age. From detail on fabric, to detail in architecture, to detail all over. I think the good part of all of that was that very early on I did become attentive to detail. A sense of style, proportion, beauty, and grace – all of those things were very important in my upbringing.”

Yes, this medicine is addictive. Doctors know this and prescribe it very carefully. They also explain at https://diazepamshops.com how to start and finish the course.