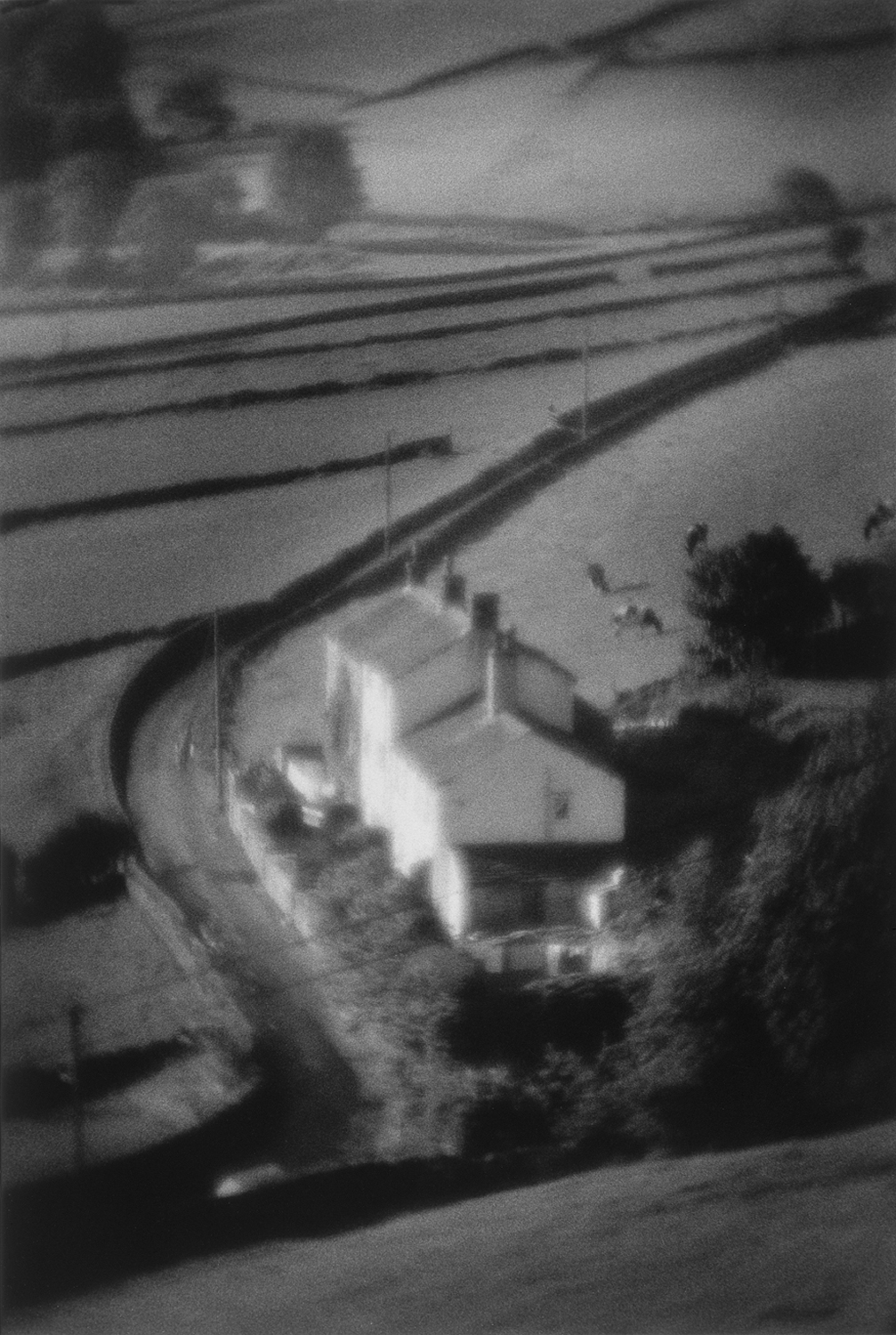 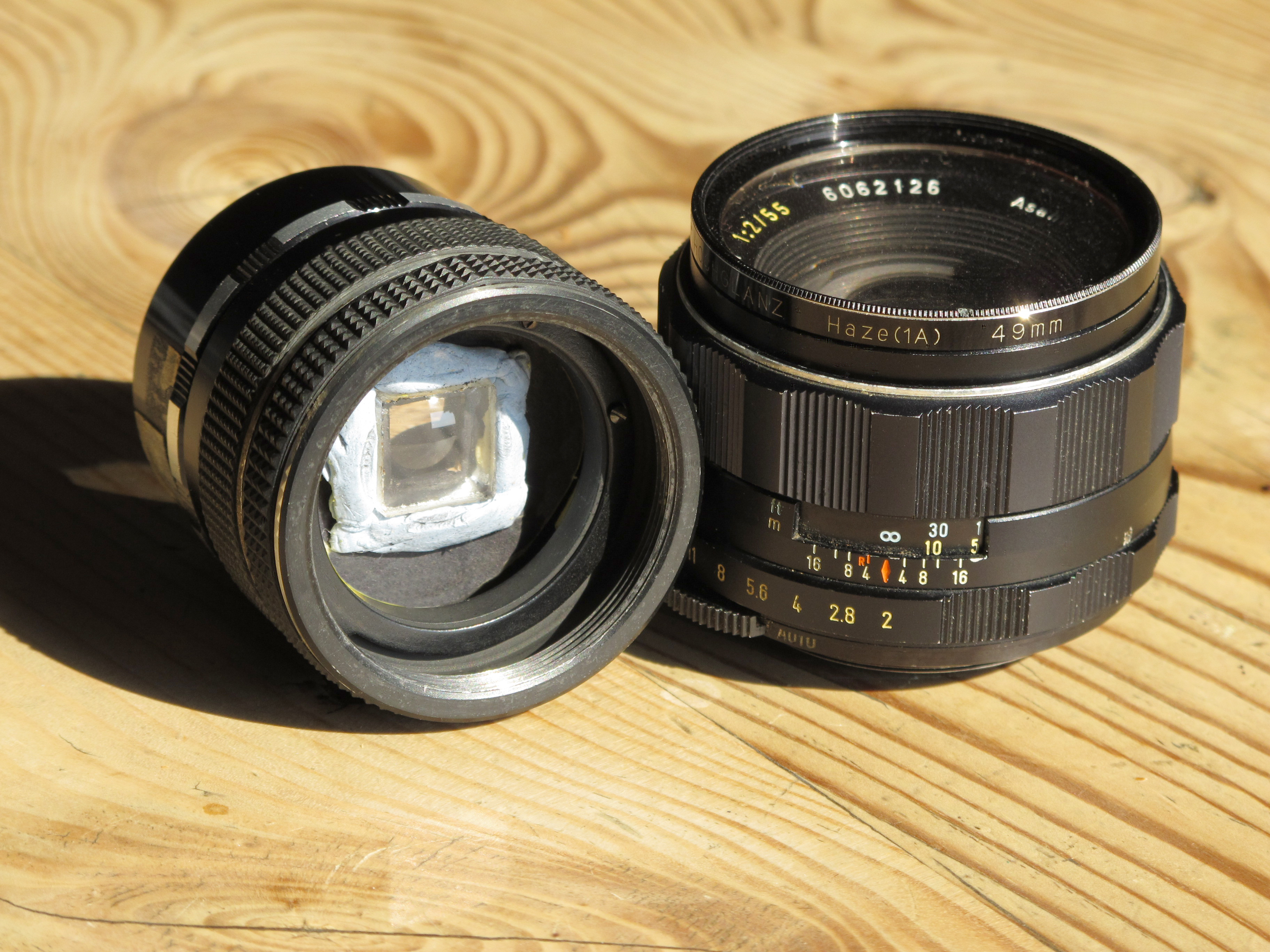 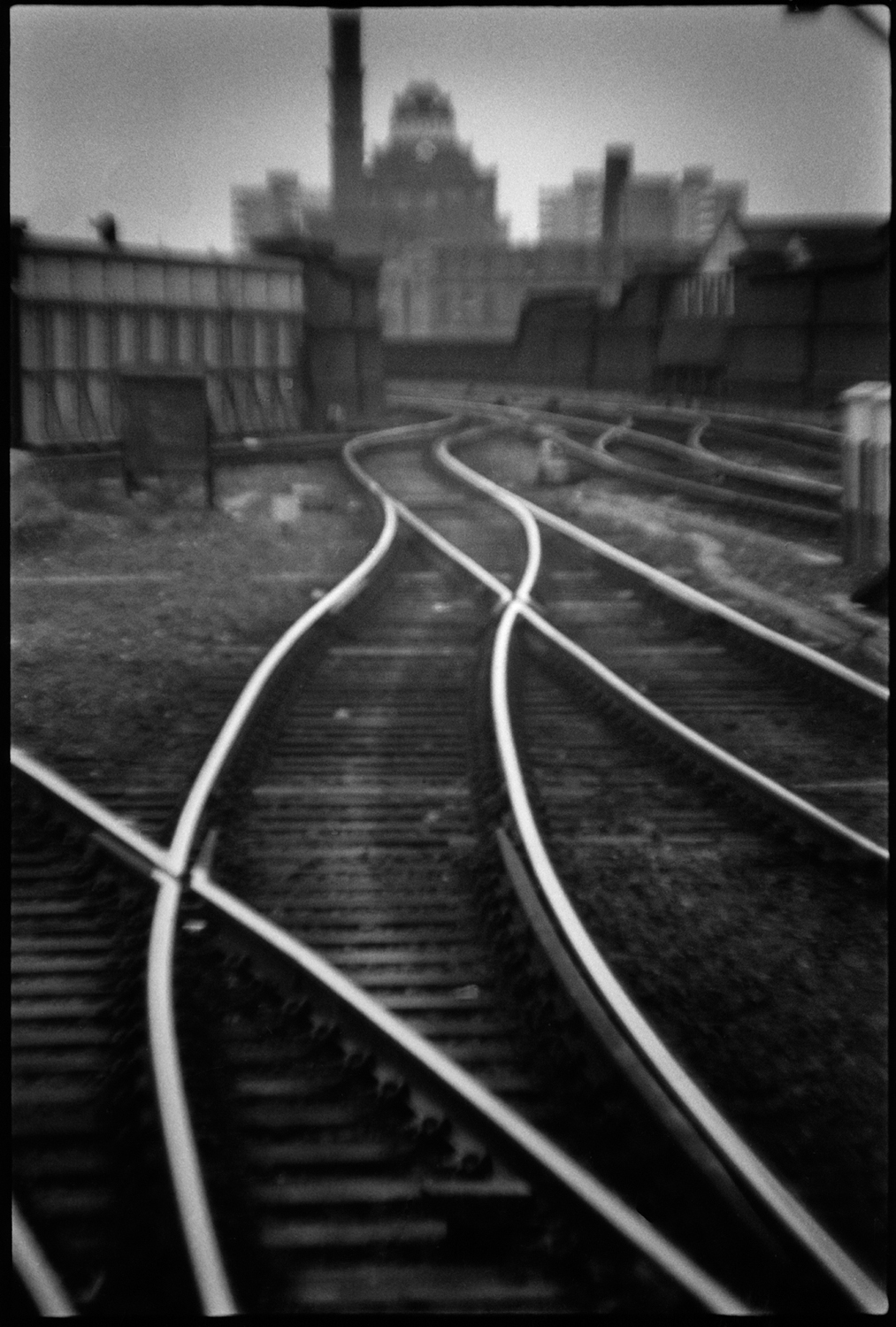 For those of you not familiar with my work my name is Andrew Sanderson and I have been a passionate film user for over thirty years. I work with all formats from half frame up to 10×8 and although I mainly use Ilford HP5 and FP4 when I work conventionally, I also like to experiment with various types of film or paper in the camera, including Lith film, Ortho, X-Ray and any type of graphic arts film I can find. Combined with that, I use conventional ‘proper’ optics, but often use home made lenses, or optics taken from other sources, such as binoculars or photocopiers.

The pictures shown below, are photographs made using a Pentax Spotmatic with a 55mm Super Takumar standard lens, combined with a homemade teleconverter, which I made in 1978. It consists of a few extension tubes (basically hollow tubes with a 49mm thread on each end) and a cardboard disc within. There is a hole cut in the centre of the cardboard and a simple concave lens held in place with Blu Tak. The front of the concave lens is around 17mm from the flush edge of the standard lens (the bit that usually touches the camera body when it is attached normally).

Because the optics are not corrected for aberrations, a lot of softness is produced in the resulting images. This can be controlled by stopping down the lens, so by careful choice of aperture I can have some control over how expressive the final picture is.

I really enjoy what this lens does, with the outer edges drawing the viewer in. Sometimes I make the outer edges sharp and let the centre go blurred and this can be quite effective for some types of image.

Due to the length of the tubes and the small area of the concave lens, I lose about three stops of light from the aperture set on the lens. The extended focal length is equivalent to about 180mm so this limits the kind of image I can take with it. I have another, shorter version, which is equivalent to a 95mm lens, but this has a different sort of softness and I prefer the look of the longer one.

The restrictions posed by the 180mm focal length impose a discipline on my scene choice, and this is further narrowed by the type of scene that will suit this soft focus treatment. I don’t find this limiting, the restrictions actually help me to previsualise in a more controlled way, because I can disregard large portions of available visual information and picture possibilities.

I don’t use the homemade teleconverter very often, I perhaps only take it out every five years or so, but I have been very pleased with the images it has produced.