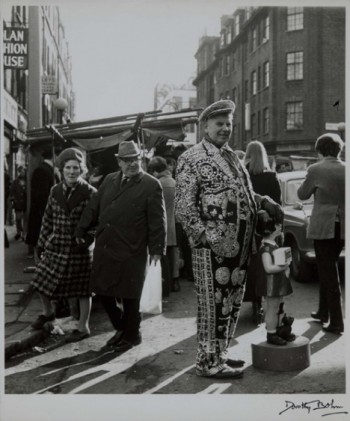 Last admission to special exhibitions is at 17.15

This summer the eyes of the world will be on the movements of London, so Tate Britain has decided to explore and portray the capital city through the eyes of some of the most iconic names in international photography. These names include, Bill Brandt, Henri Cartier-Bresson, Robert Frank, Dora Maar, Irving Penn and many more. This exhibition, opening on the 27th of July, will be able to challenge your own perspective, with this rare opportunity to see these remarkable images from renowned photographers, all in one exhibition.

Between the years of 1930 and 1980, saw some of the best-known photographers from around the world making trips to London to produce work about the city and its communities. ‘Another London’ exhibition brings together 180 classic twentieth-century photographs, which highlights the vibrancy of the city showing how richly diverse and full of contrast this extraordinary city is.

For these photographers, London was a foreign city, which they either visited briefly or settled in permanently, and they recorded and represented it in their own unique style and distinctive ways. Emblems of Britishness which might have been familiar to visitors will be shown, such as pearly kings, red buses and bowler hats are documented alongside the urban poor surviving life in the city as pavement artists, beggars and buskers.