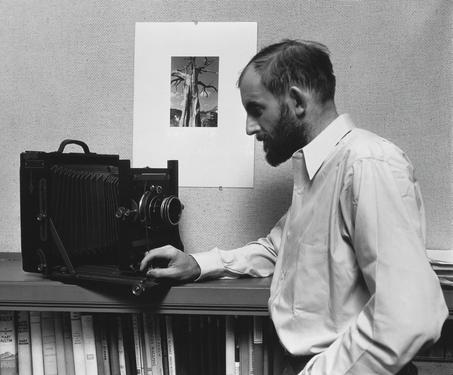 “The family and friends say, ‘Oh Ansel don’t, don’t give up piano, a camera cannot express the human sole’. The only answer I had for that was ‘I don’t think the camera can but maybe the photographer could’….”

Yesterday the much anticipated exhibition at the National Maritime Museum entitled ‘Ansel Adams: Photography from the Mountains to the Sea’ opens to the public. It is said that Ansel Adams is arguably the most popular and the most influential photographer in American history.

Born in California in 1902 (died there in 1984), he was at first trained as a musician and composer and, until 1930, he supported himself and his passion for photography by teaching children to play the piano. Years later his opinion was that printing photographs was like playing music, “the negative the score, the print the performance”. By summer 1916 he started his involvement with photography, when he was just 14 and on vacation with his parents in Yosemite National Park — they gave him a Kodak Box Brownie. For many years following Adam’s developed into a profound photographer who left a lasting legacy behind of timeless and classic photographs.

Renowned for his dramatic and thought provoking landscapes, he has produced iconic and mesmerising images of American nature. The forests, mountains and coastlines of the US provided a rich environment for Adams’s pioneering photography. This exhibition brings together his most powerful and striking pictures of water in all its forms, from epic seascapes, dramatic rapids and geysers, to crashing waterfalls.

Water provided Adams with a persistent source of inspiration and opportunity for experimentation both in his art and his photographic process. Adams was a true pioneer whose influence continues to be felt to the present day. You will be able to view over 100 phenomenal original prints from the extraordinary detail of the tiniest images through to three of his ground-breaking photographic murals, each almost three meters in height.

To all those Ansel Adams lovers, Ansel Adams: Photography from the Mountains to the Sea is a must see exhibition displaying this meticulous photographers work in a new light and for those who are new to his photographs will feel inspired and moved by the clarity and aesthetically pleasing photographs.