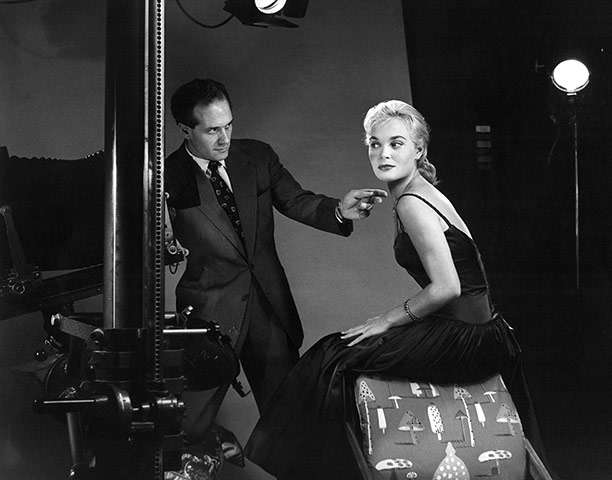 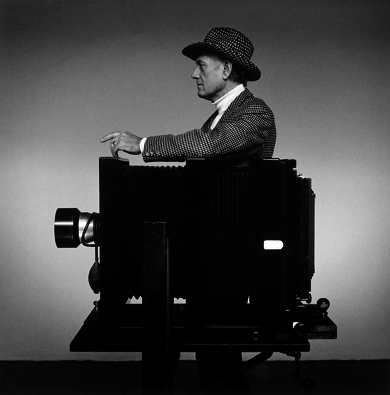 “It was on a very foggy October day I remember and a butler opened the door and I was asked to go to the parlour to have tea and I waited and then Cecil Beaton appeared and he said ‘what can I do for you?’,  I said ‘Well I would very much like to look at some of your pictures, I am thinking about making this my profession’ he said, ‘My boy don’t make it your profession there’s too many people doing it’. I went away from that house more determined to become a photographer than when I went there.”

One of the legendary pioneers of film portraiture, whose portraits defined film stars, Cornel Lucas, sadly died on the 8th of November 2012, aged 92. He made his name shooting studio portraits of film stars of the 1940s and 1950s and was said to have done more for the images of many of those he photographed than their performances on screen.

Henry Cornel Lucas was born in London, Highbury on September 12th, 1920. His love for photography started when he was just 13, taking photographs using a Kodak Brownie Box given to him by his mother. Soon he was developing and printing his shots in the family’s bathroom. At the age of 15 he went on to work as a junior trainee for a film lab whilst studying photography at Westminster University, and then during World War II he helped develop spy photography systems for the Royal Air Force. When peace was declared he turned his camera onto more glamours subjects and began work in Denham Studios in 1945.

During the 1940s and 1950s Cornel Lucas started his defining career as a film stills and portrait photographer working for British Film Studios. Over time he became highly considered as a master of lighting and of the 10 x 12 plate camera, and soon became known as the UK’s leading movie photographer, capturing the essence of the UK’s and US film industries.

On the filming of “No Highway in the Sky” with James Stewart and Marlene Dietrich his skills as a successful portrait photographer became apparent when he was offered a special session with Marlene Dietrich. She became Lucas’s first famous subject and in some ways his best teacher. Her favourite lighting was from above, he said in a newspaper interview in The Telegraph several years ago. Though it is a difficult technique to master, he said, ‘it was the best angle for accentuating the sharp lines of Dietrich’s cheekbones and the icy symmetry of her face. She insisted on it,’ he said. “Mr. Lucas, I’m telling you now that a photograph to me is more important than film,” he quoted her as saying.

He recalls one of the pictures from the 1948 session with Dietrich. ‘The ash at the end of her cigarette testifies to a different pace of photography,’ he said: He had asked her to hold a pose, and while he had circled her and assessed his angles, the cigarette in her perfectly still hand burned down. “It was a two-minute ash, maybe three,” he recalled — the time it took for them to make the picture. During the session, which produced several seminal portraits, Lucas took all of five shots! The whole way through the session Dietrich directed his every move. When the session started Dietrich quickly placed herself in the set and said, “Let’s start.” She explained that she knew exactly where to sit, how to be lit, how to follow the light and that her best pose was looking straight at the camera. Once it was over Lucas asked Dietrich how she knew all those things and how she discovered that directional lighting, was best for her. She explained that she had always admired her passport photographs which used only one overhead light, placed in the centre above her face, in which she was always looking straight at the camera.

When the shoot was finished Dietrich announced she would be back the next day to see the rough prints. Dietrich scoured the proofs with a magnifying glass, and used eyeliner pencil to mark places she wanted darkened or lightened and once the examination of the rough prints was over she also announced she would be back the next day to see the re-touched prints. Dietrich returned the next day and once again took out her very large magnifying glass and examined the prints. Once the examination was over she turned to Lucas, shook his hand and said, “Join the club Mr Lucas”. At the time Lucas was rather shocked and wasn’t sure what she meant. He asked her publicist what she had implied and he simply said, “Mr Lucas it means you’re on the road to success.” This was Lucas’s big break and indeed it was as after that she made him the most sought-after portrait maker of the stars.

The photographs he created of Dietrich lead him to Rank Organisation suggesting to him that he leave Denham and set up a specially created portrait studio at Pinewood to photograph the fifty plus major stars they had under contract. From his own studio that was set up in an old swimming pool site, Lucas created exceptional images of the Golden Age of cinema, and worked on some of the most memorable films of our time.

The funeral for Cornel Lucas is expected to take place at on the 23rd of November, at St Barnabas Church according to an obituary published by The Times newspaper.

Mr. Lucas worked into his later years, though the demand for his kind of painstaking photography declined in the new century. “I gave up when digital cameras came in,” he told an interviewer. “They have ruined celebrity prints, because photographers take up to 500 pictures at a sitting but few are any good.”