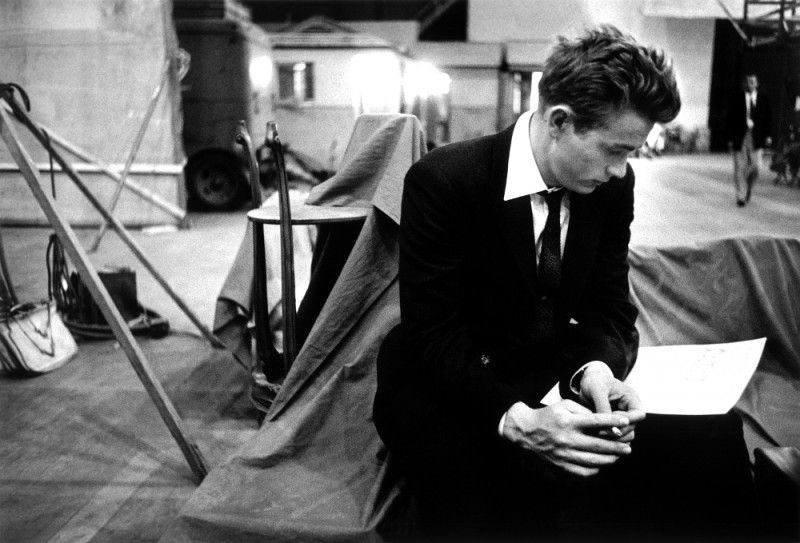 On the 8th of November Proud Chelsea opened its doors to there most recent exhibition which presents Bob Willoughby: The Silver Age of Hollywood, an exquisite homage to the man who was widely credited with inventing the photojournalistic motion picture still.

Bob Willoughby was the first “outside” photographer to be hired by studios to document the filming of their movies and in essence capture the soul of each film, Willoughby’s photographs dominated the pages of culture and lifestyle magazines throughout the ‘50s, ‘60s and ‘70s. This prestigious collection of limited edition, signed, silver gelatin prints features such stars like Elizabeth Taylor, Marilyn Monroe, Audrey Hepburn, Sean Connery, Frank Sinatra, and James Dean in front of and behind the camera in some of their most iconic motion pictures.

Known for his artfully informal pictures of actress Audrey Hepburn, Willoughby’s big break came when his shot of Judy Garland on the set of “A Star is Born” made the front cover of Life Magazine. Before long the editors of top publications became Willoughby devotees: commissioned to capture behind the scenes moments of big movies, he was often on assignment for as many as seven different publications for any one film and would style his shots according to each magazine’s aesthetic. Willoughby also led the way in technology: commissioning radio controls and soundproof housings for his cameras in order to get the shots other photographers might have missed.

Bob Willoughby: The Silver Age of Hollywood boasts photographs from the sets of feature films such as The Graduate, Rebel Without A Cause, My Fair Lady, Ocean’s Eleven and Rosemary’s Baby, and offers an opportunity to see Hollywood stars in and out of character. Willoughby captures a striking James Dean pouring over his script, a deeply pensive Jane Fonda rehearsing her lines, and some on-set tension abated by a food fight between Blake Edwards and Natalie Wood. The exhibition also includes Willoughby’s first photograph of Audrey Hepburn when the pair met at Paramount Studios.

So if your a Hollywood buff make sure you don’t miss this brilliant exhibition at the Proud Chelsea Gallery, which delivers a truly beautiful retrospective of Willoughby’s career behind the scenes of the silver screen.