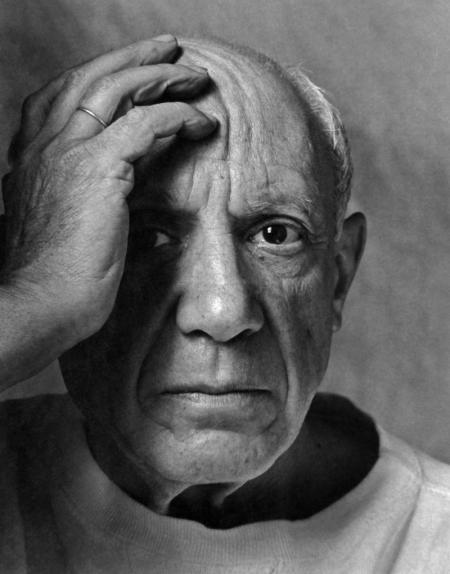 ‘Visual ideas combined with technology combined with personal interpretation equals photography. Each must hold it’s own; if it doesn’t, the thing collapses.’

On the 18th of January the Chris Beetles Fine Photographs Gallery will be displaying 50 sublime prints by the noted ‘environmental portrait’ photographer Arnold Newman, one of the most important and distinctive photographers of the 20th century. Best known for his portraits of the most influential cultural and political figures of his day, the American photographer Arnold Newman created a style entirely his own, which set the standard for those that followed. In contrast to Richard Avedon and Irving Penn, Newman went out from his studio and photographed his subjects in their own natural environments, allowing him to reveal their habits and personalities through their interaction with the things that surrounded them. However, Newman always remained in control, first getting to know his sitters and putting them at their ease, and then rearranging the spaces to create compositions that symbolised his understanding of their characters and achievements. For example, the photograph of Mondrian is placed with the angles of his easel echoing the pure geometry of his painting. Newman was not interested in the status of his sitters yet he cared about; ‘It is what they are, not who they are, that fascinates me’.

At times Newman would on occasion close in on a face, especially as instantly recognisable a face as Marilyn Monroe, whom he considered the saddest woman he ever knew. Only rarely would Newman accept to photograph a figure he found unsympathetic the most notable exception being the Nazi war criminal, Alfred Krupp, whom he transformed into Mephistopheles. Though, suspicious of the term ‘art photography’, Newman transferred his ambitions to be a painter to photography precisely by considering it as an independent medium and a discipline to be mastered. At an early stage, he showed how he could read and shape his own environment especially that of West Palm Beach by producing semi-abstract images of buildings and objects, which is where his photographic career started out. Returning to his native New York in his early twenties, Newman captured the city’s rich cultural scene over six decades, building particularly strong relationships with other creative figures, including musicians, choreographers and writers, as well as visual artists. In 1945, his Philadelphia Museum of Art one-man exhibit, “Artists Look Like This,” attracted nationwide attention, causing his work to become well established and highly recognisable.

This exhibition celebrates the compelling and beautifully composed work byArnold Newman who is still appreciated as a major practitioner in his own right, known as one who helped to establish photography as an art.