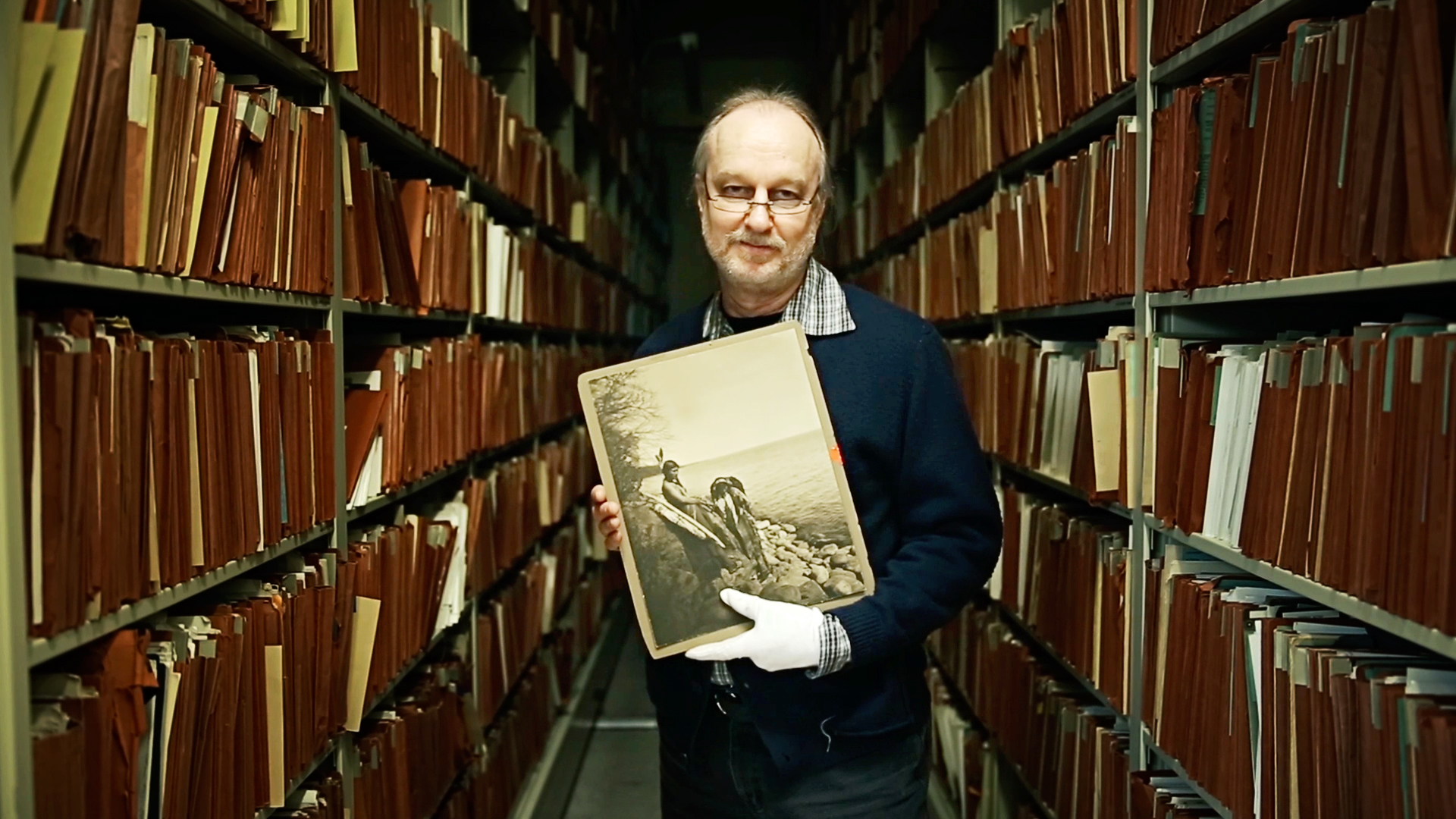 ‘It’s not like sitting at a monitor and typing in a key word. It’s not dry, searching for pictures in the files. And it just makes you think and reflect.’

This has to be one of the most magical jobs going. Bill Bonner has the responsibility and privilege of presiding over eight million images as the longtime keeper, of 31 years, for the National Geographic’s vintage collection. Not only is he the keeper of this wonderful archive of photographs, but also the stories and memories incapsulated within them—and he treats each and every one with the upmost respect. Here’s a little insight from Kathryn Carlson the producer of this mini documentary: ‘Bill works alone, in a cold windowless room in the basement of National Geographic’s headquarters in Washington. But even though he spends the days mostly by himself, he says he is kept company by the millions of people immortalised in the photographs. To him, they are his ancestors, and he treats each photo like it is the greatest treasure in the world.’ ‘Before picking up any photo, he dons one of his many white cloth gloves to protect the integrity of the image. He can look at a picture he hasn’t seen in five years and be able to tell you the photographer who took it, the location, the assignment it was taken on and what was happening in it.’