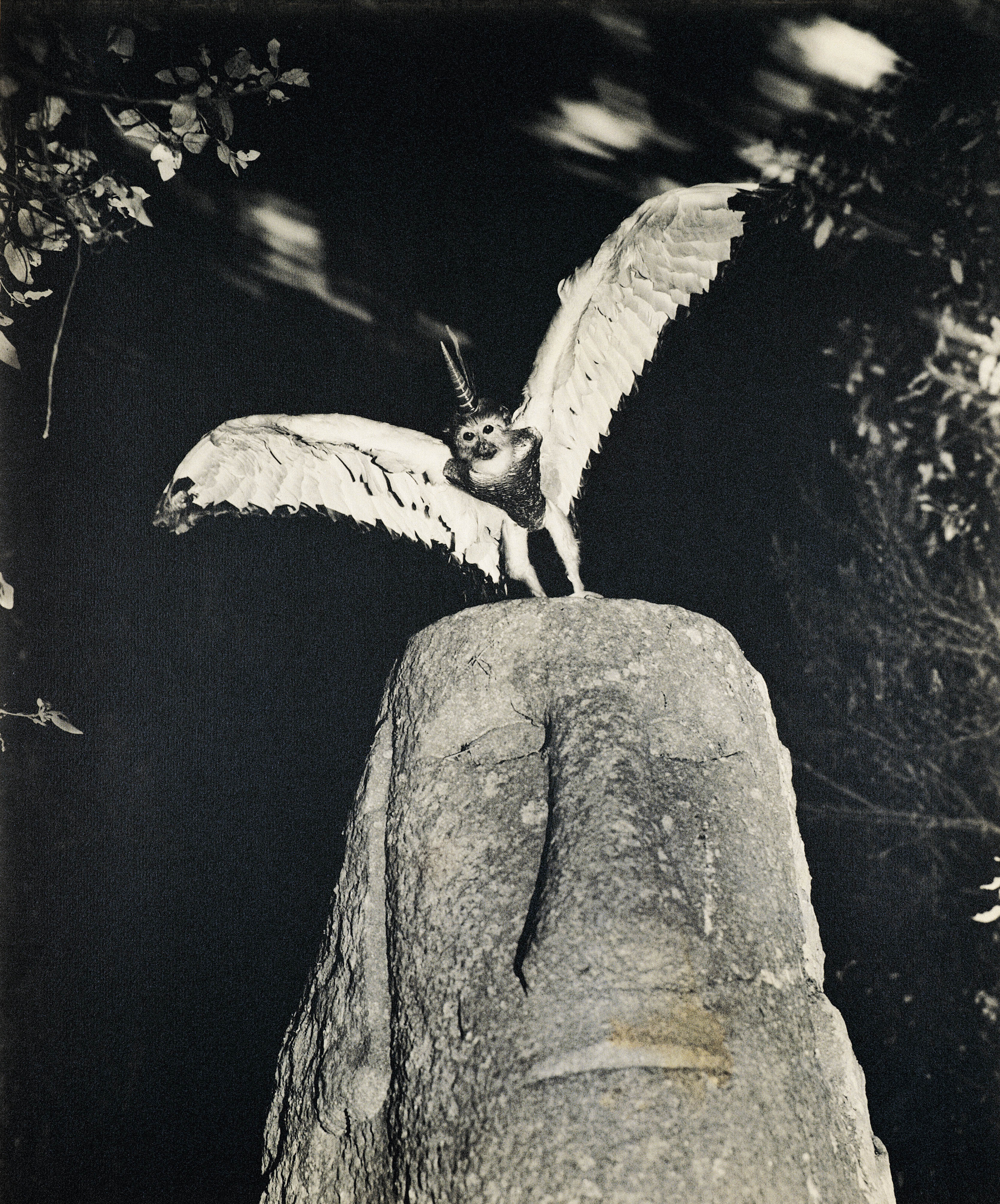 “Photography is a tool to negotiate our idea of reality….”

We think of photography as a medium that honestly displays and conveys the truths of the real world. ‘The camera never lies.’ Joan Fontcuberta’s work smashes this idea to bits, compelling viewers to question both their ‘reality’, and the roll of photography as an honest and truthful medium. Despite what your eyes and brain are telling you to believe, the picture above is not a real plant.

Fontcuberta was inspired by the work of German photographer Karl Blossfeldt, best known for his close up images of plants. Fontcuberta photographs his own plants in a very similar style to Blossfeldts, but while one served to document and reveal the mysteries of the plant world and natural forms, the other sets out to deceive, confuse, and enthral. Fontcuberta’s ‘plants’ are a synthetic illusion, constructed by hand, from a mixture of organic material, debris and litter. Fontcuberta subtly questions the use of the photographic image as evidence, by combining visually compelling and mischievous narratives with an acute, deadpan humour.

With highlights including astonishing photographs of mermaid fossils and incredible reports on mysterious fauna, Stranger Than Fiction presents six conceptually independent narratives from Fontcuberta’s body of work; a visual universe in which the real and the imagined combine to startling effect.

Co-curated by the artist with Greg Hobson, Curator of Photographs at the National Media Museum, the exhibition features some of Fontcuberta’s best-known works, including photographs, film, dioramas, scientific reports and related ephemera to form the second show in the Science Museum’s 550m² Media Space gallery.

A youth under the Franco dictatorship and an early career in advertising piqued Fontcuberta’s interest in the use of the photographic image as a storytelling tool: an interest which has developed into a life-long creative interrogation of photography’s veracity. In constantly shifting his methods to encompass new developments in photographic practice, Fontcuberta remains one of the most innovative practitioners in his field.

As you go through the exhibition you’re confronted by  a confusing array of altered realities. While at first glance, the picture above may look like a number of shooting starts. They’re actually photograms that Fontcuberta captured by placing ‘photographic material’ against his car and picking up the dust (and bits of smushed bug.)

Joan Fontcuberta said to the Media Space: ‘Photography is a tool to negotiate our idea of reality. Thus it is the responsibility of photographers to not contribute with anaesthetic images but rather to provide images that shake consciousness. My work tries to implement a pedagogy for critical doubt.’

Fontcuberta’s objective is to provoke doubt, and disorientate the viewers reality, and he definitely achieves this. He manages to convey such a persuasive story through the mischievously misleading evidence he displays that you find yourself more than willing to believe it, in fact, you want to.

Joan Fontcuberta: Stranger Than Fiction will run at Media Space, Science Museum until the 9th November 2014, before transferring to National Media Museum, Bradford from 19 November 2014 – 8 February 2015. To find out visiting/admissions on the exhibition please click here.