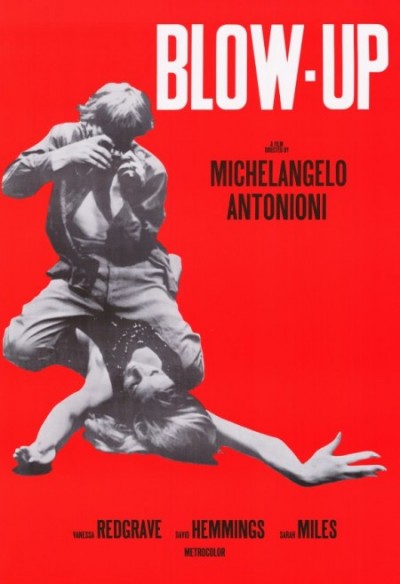 Blow-Up is a 1966 movie set in London, about a glamours British fashion photographer who accidentally becomes involved in a murder, while taking sneaky photographs of a couple in a park. It has been inspired by the real swinging London 60’s fashion photographer, David Bailey. The film stars actors such as, David Hemmings, Vanessa Redgrave, Sarah Miles, John Castle, Jane Birkin, Tsai Chin and Gillian Hills. Also the well known 1960s model Veruschka has a scene with Hemmings that is considered by Premiere Magazine as “the sexiest cinematic moment in history”.  Blow-Up has been nominated for several awards at the Cannes Film Festival, and it also won the Grand Prix, this movie is on the must see list for photography lovers, so don’t forget to take a look at the trailer below and a few stills from the movie.