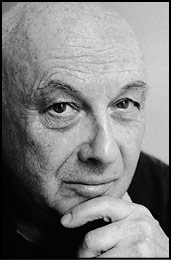 On Tuesday the 3rd of May Bruce Davidson will be signing copies of his stunning new book series entitled ‘Outside Inside’ at the Magnum Print Room in London. This is a three-volume box set containing eight hundred of his photographs.

Davidson’s photography career spans a fifty-year period, from a series of innovative urban landscapes made in Paris (2006) to Los Angeles (2009). The introductions to the fifty-three chapters comes from Davidson’s own insights, thoughts, and recollections. This includes his iconic images such as: Circus (1958), Brooklyn Gang (1959), East 100th Street (1966–1968), Time of Change 1961-1965 (The Civil Rights Movement), Subway (1980), Central Park (1992–1995), and some unpublished photographs. This book series celebrates the development of a master of the medium and reflect the artist’s own journey of consciousness.

At a very young age Davidson began taking pictures, at the age of ten in Oak Park, Illinois. He continued to further his exploration of photography at Rochester Institute of Technology, followed by Yale University. Later drafted into the military, stationed in the Arizona desert and then sent to a unit near Paris, where he met Henri Cartier-Bresson. When he left military service in 1957, Davidson freelanced for LIFE, and in 1958 he became a member of Magnum. His numerous awards include a Guggenheim Fellowship (1962) and the first National Endowment for the Arts in Photography (1967). His work has been extensively published and included in many major fine art collections. Most recently, Steidl published England/Scotland 1960 and Circus.

Don’t miss this opportunity to meet Bruce Davidson at the Magnum Print Room.