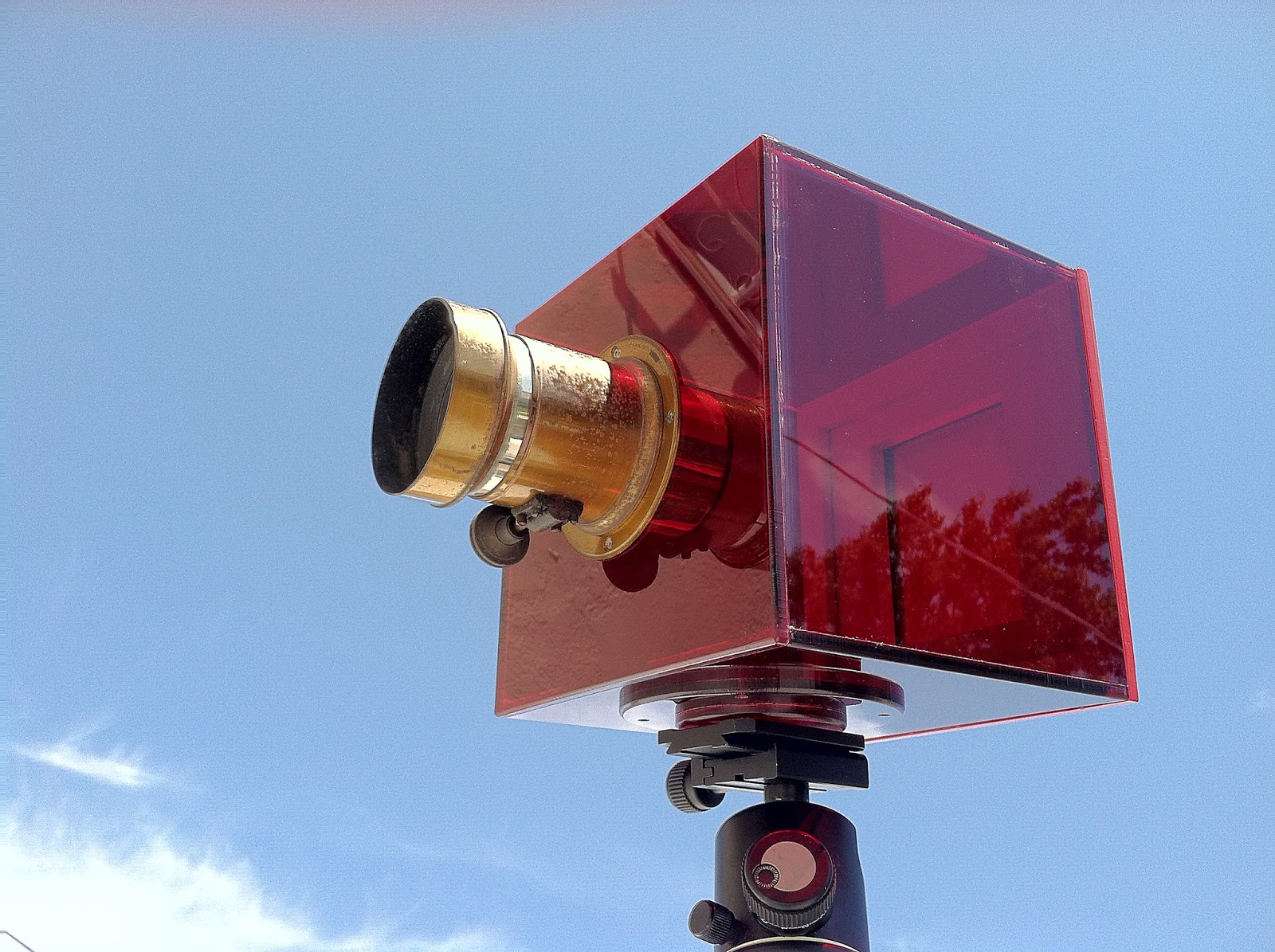 Over the years we have become very familiar with photographer Anton Orlov‘s photographic projects from his brilliant Photo Palace bus, to discovering a camera with World War I photographs to his newest venture. He’s created one of the coolest cameras we have ever seen and what he believes to be the world’s first fully transparent camera that actually works! It’s called CLERA, short for Clear Camera, and is the first camera that you can also look into while a photograph is being projected! 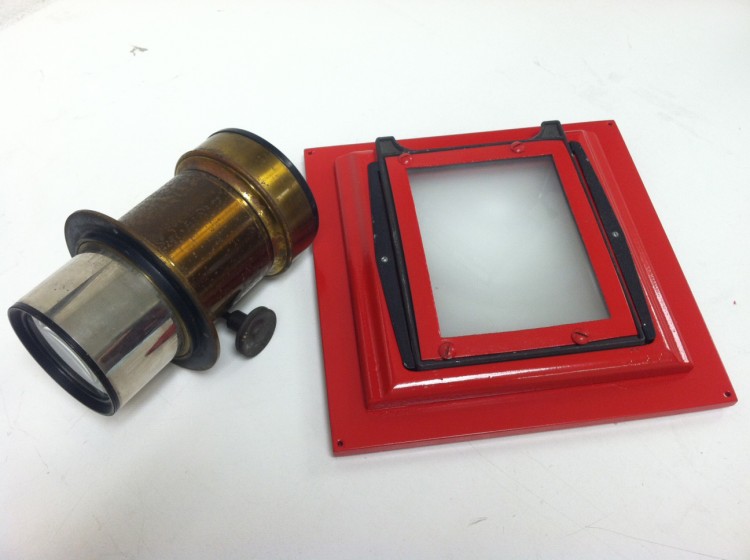 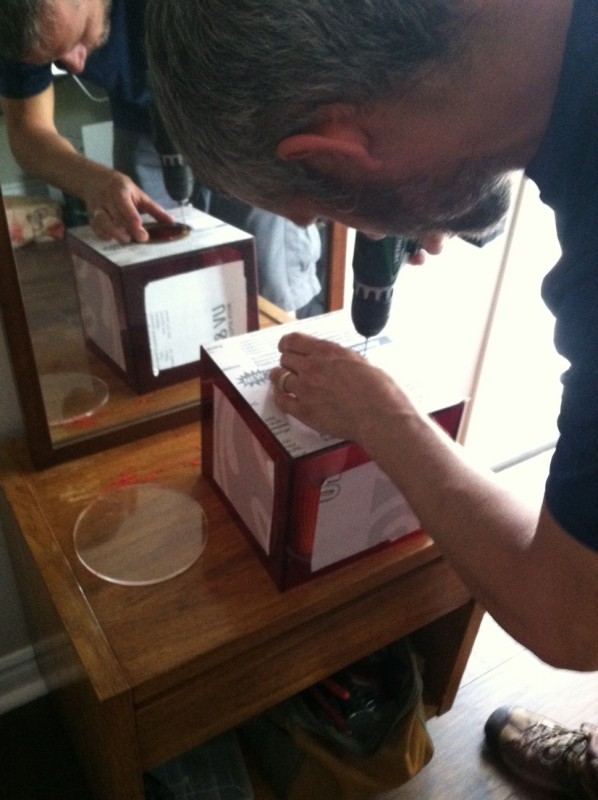 Orlov writes on his blog that he was first struck by the idea for this camera while working in a dark box with wet plate collodion photography. He noticed that the sunlight streaming in through the red windows didn’t cause any light fogging in the resulting tintype photo.

“That’s when it struck me – why not make a camera out of red material that would filter out UV and blue light!?  Wouldn’t it be cool to actually SEE the rays of light striking whatever light sensitive material one chose to capture an image with during the actual moment of exposure?”

He then started to experiment with this idea to turn his camera into reality. What Orlov ended up making was a perfect box type shaped camera. Orlov carried on his blog to explain how he made it:

“A box is made in a proper length for a selected lens to be able to focus on infinity.  The lens then provides the ability to focus closer via a rack and pinion system.  All you need to complete it is a ground glass focusing back that takes a plate holder and you’re in business. I hunted eBay for a while and found a great 19th century Petzval lens that was not too expensive and of a proper covering power.”

After getting all the materials and appropriate equipment together Orlov found a local plastics manufacturer to assemble his camera together.

After three days of non-stop testing and confusion as to why the images where fogging he finally cracked it and the camera started making flawless photographs. Here is Orlov’s first tintype plate from the CLERA: 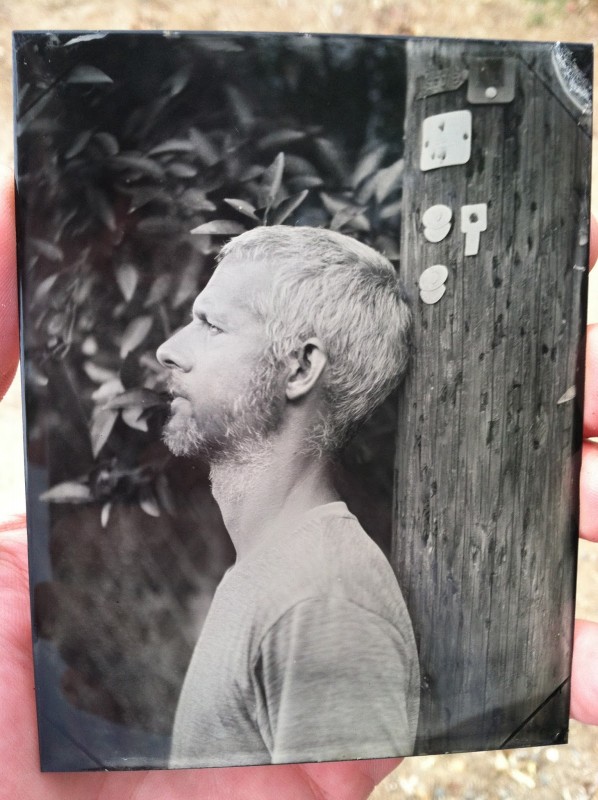 Here are some more test plates Orvlov made during the experimentation period. Some of them are a bit fogged – this was all done before he figured out that the lens needed to be slightly modified in order to improve contrast. 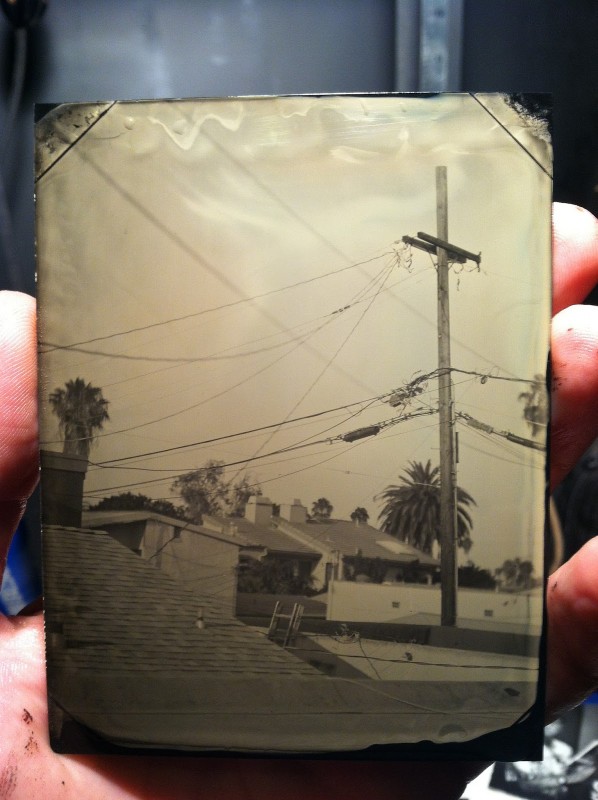 Tintype is an orthochromatic medium (sensitive to a single section of light spectrum – the spectrum range in around blue and UV end).  There are other photographic materials that exhibit the same characteristics, some of which are daguerreotypes, photographic printing paper, lithographic as well as some regular films.   Orlov had some direct positive paper in my darkroom so he decided to try that out as well (first image at the top of post taken with positive paper made on Efke direct positive paper with ISO 2).

Orlov is now selling custom CLERA cameras to photographers who are interested. The camera can be designed around a particular lens of your choice — just drop him an email to get the process started. Pricing is $350 for 4×5 (and smaller), $500 for 5×7, and $700 for 8×0.

A CLERA 2.0 is also on the way: Orlov says he’s working on a sliding box design that allows for various lenses and shorter focusing distances (the current camera has a min distance of 6 feet). 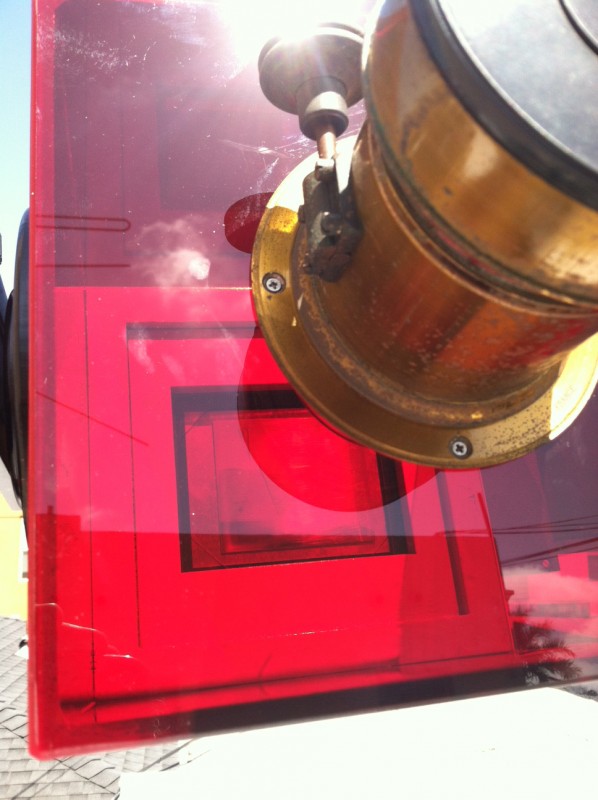 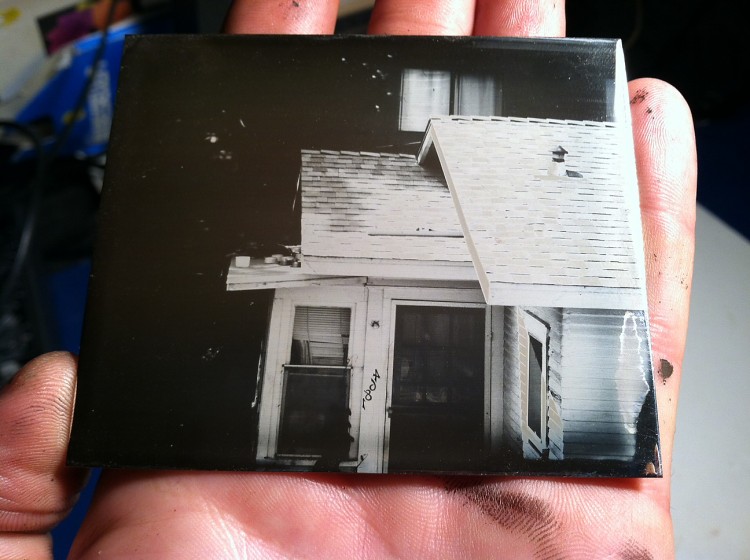 Orlov confirmed that the CLERA would work to both expose and develop a daguerreotype using Becquerel method was confirmed. Amazingly this was Orlov’s first daguerreotype with the help of a friend, which normally takes years to master.

The Becquerel method involves fuming a silver plate with only iodine and, after exposure, developing it by action of red light. CLERA was set up in direct sunlight for the 1 min exposure and then turned in such a way that sun was shining directly onto the plate for 45 minutes (which is meant to be a relatively fast development time). The plate came out beautifully with great tone and it’s amazing that the camera used for the exposure was also used to develop the plate!

Check out our other posts on Anton Orlov: Photo Palace/ My Film Affair