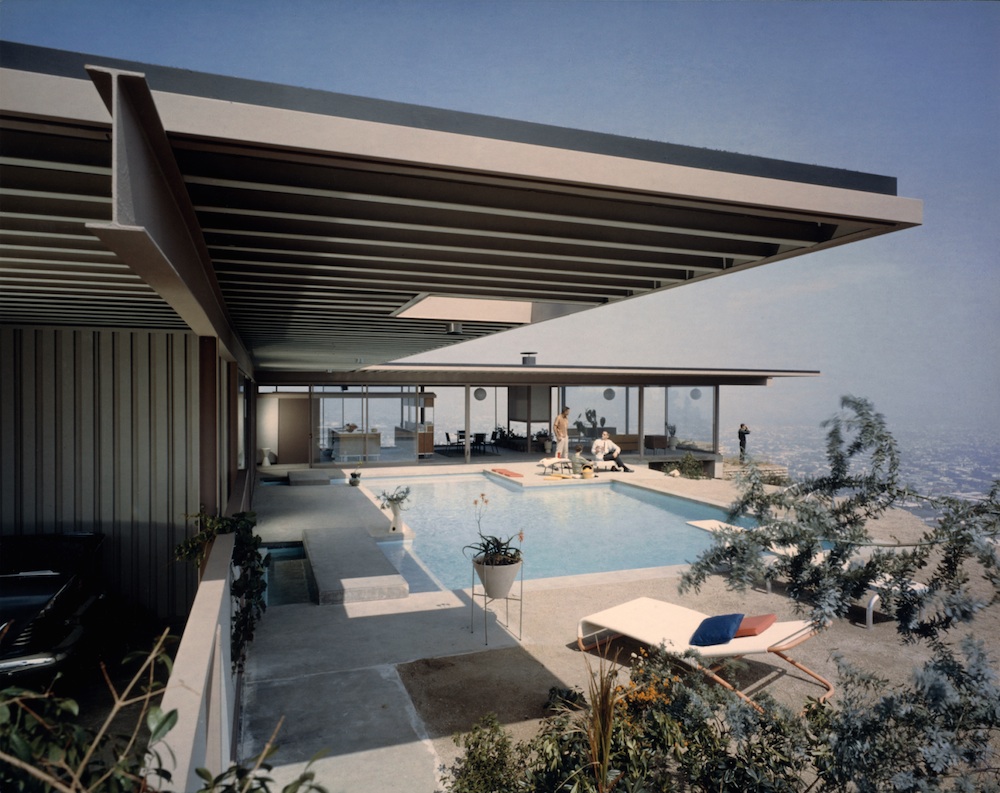 “Architecture is the form in which many cultural forces find expression and become therefore accessible to a mute, visual medium” – Stephen Shore

Architecture is such a huge part of our lives, and yet we overlook it way too often. “Constructing Worlds: Photography and Architecture in the Modern Age”, open until January 11th at the Barbican, gives us a chance to appreciate it properly. With over 250 works (most of them on film, obviously!) of 18 international photographers – Berenice Abbott, Iwan Baan, Bernd and Hilla Becher, Hélène Binet, Walker Evans, Luigi Ghirri, Andreas Gursky, Lucien Hervé, Nadav Kander, Luisa Lambri, Simon Norfolk, Bas Princen, Ed Ruscha, Stephen Shore, Julius Shulman, Thomas Struth, Hiroshi Sugimoto and Guy Tillim – it gives us a chance to think about it as well.

The exhibition is set chronologically, starting in the 30s with Berenice Abbott’s pictures of a raising Manhattan. The images evoke an amazing sense of nostalgia – and the realisation that cities change according to their fashion-like architecture. Featuring each photographer in their own space, it is interesting to see how they approach the same subject so differently: Ed Ruscha’s parking lots across the USA, Stephen Shore’s quest for the quintessential main street in the 70s, Hiroshi Sugimoto’s out of focus buildings shot with his late 19th century camera, Andreas Gursky’s anonymity of big metropolis.

However, what makes “Constructing Worlds” such a great exhibition is the ability to feature not only the beautiful and classic in architecture, but also the documentation of the fast pace of urban development from the 30s until now. It doesn’t neglect, for instance, the 3000 squatters of Torre David, in Caracas, Venezuela, whose lives where documented by photographer Iwan Baan in 2007. From the documents of architecture’s design we then reach a deeper meaning, and the first purpose of architecture anyway: to have a home.

For further details on the show and admission please click here.