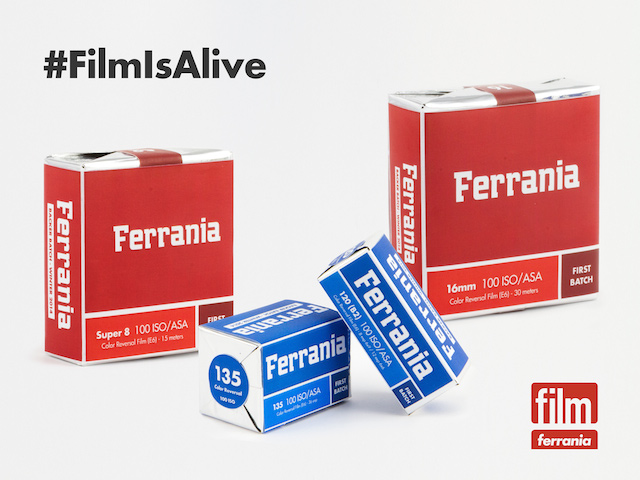 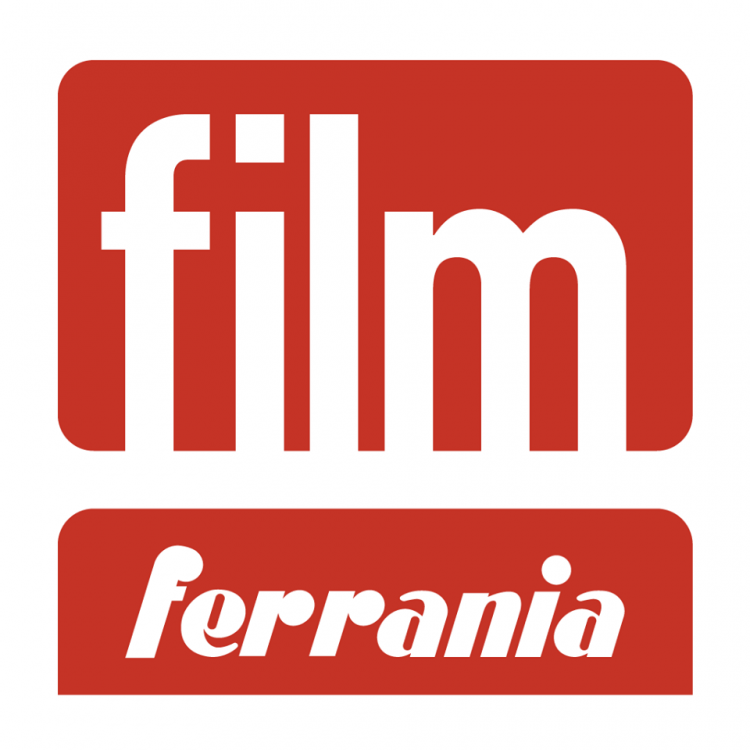 Update: A huge congratulations to FILM Ferrania you made it! This amazing company is back on track to re-make the beloved Ferrania film, they’ve reached their pledged kickstarter amount! FILM’S NOT DEAD.

“Help FILM Ferrania build the factory of the future and the first batch of film is your reward.”

We can’t get over what a year it’s been for film photography so far with new films coming to the market and cameras. Now to put the cherry on the cake FILM Ferrania have just launched their own kickstarter campaign and they’ve already reached 35% of their pledged amount! After a year ago when they announced to the analogue community that they would start producing film again they’ve been working extremely hard to put the pieces together to build a new analogue film factory in northern Italy where the original Ferrania factory is based.

They need our help to bring this beloved Italian Film company back to life and to be able to sustain it, the FILM Ferrania team are looking at the future of analogue photography and they know to keep costs down they need to re-think/ re-design the old equipment that was made originally for example to produce over 300 million rolls of 35mm film a year! Even they know that is an unthinkable amount of film in this day and age.

FILM Ferrania is run by true lovers of film, fuelled by the love of photography and moving image. The company is not only going to be making film for photographers but also motion film too (Super 8 and 16mm). This is our chance to protect and ensure the long term future for film and to keep it alive for many more years to come. FILM Ferrania we’re backing you all the way, Film’s Not Dead!

“We are FILM Ferrania and we are in the process of building a new kind of analogue film factory in northern Italy. To be viable for the long-term, this factory must be self-contained – producing finished still photo and motion picture products from nothing more than raw materials.

We have a plan to make this happen, but we need your help to get over a pretty serious obstacle.

We have set up our new operations in the former Ferrania Research & Development (L.R.F.) building, which contains a miniature film production line. Our team has been working for more than a year to refurbish and re-engineer this building to prepare it to start. We can make film from this facility, but only a small amount – at a high cost.

We have created an ambitious new factory design that will allow us to produce enough film, at a reasonable price, to meet worldwide demand. We have already rescued tons of equipment (quite literally) from the old Ferrania buildings – but we need more and we are out of time. The buildings will be destroyed at the end of this year.

To truly be self-contained and ready for the next 100 years, we must save Trixie, Walter and Big Boy. 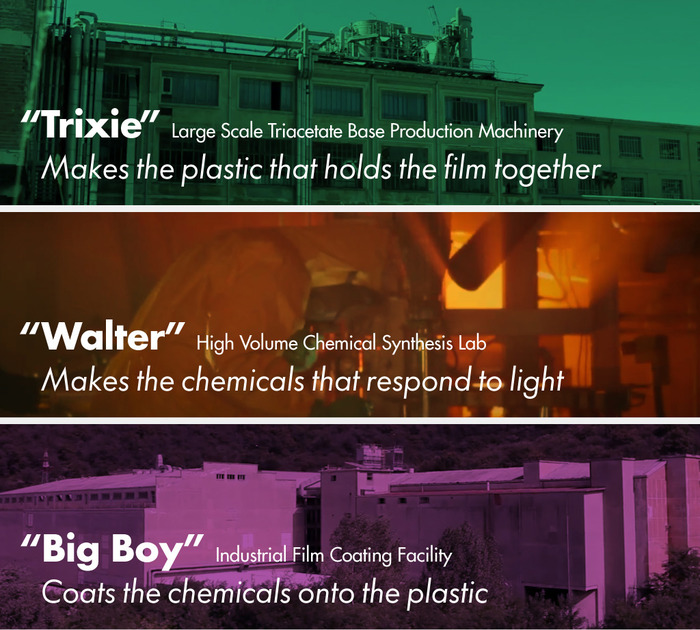 Ferrania has been making both still and motion picture film since 1923 in the northwest Liguria region of Italy. Ferrania made very popular 35mm and 120 consumer films, as well as inexpensive cameras that were as popular in Italy as Kodak was in the US during the same time. But the Ferrania brand was most associated with cinema. Fellini was a big customer. So were De Sica and Antonioni. In fact, the vast majority of classic Italian movies released between 1923 and 1965 were shot on Ferrania stock.

Between 1964 and 1999, Ferrania was owned by The 3M Corporation and sold films under various brand names. After 3M’s exit, Ferrania soldiered onward until finally turning off the machines and locking the doors in 2010.

In 2012 our founders, Nicola and Marco, knocked on the factory door and FILM Ferrania, named in homage to the original 1923 company, was born.

For more, please check out “A Brief History of Ferrania” on our site.

FILM Ferrania has an amazing opportunity. The one and only available color film factory in the world lies dormant at our feet. We have access to every last nut and bolt of large-scale machinery, and we can pick and choose exactly what we need to build something new out of the old.

This offer is open only to FILM Ferrania and we have spent the last year digging through the old buildings and stockpiling the machinery we need for the future.

But we’ve run the numbers and we simply cannot make our first batch AND purchase these last few machines before the deadline. And yet we must try to do both.

Kickstarter was born for stuff like this – ambitious and far-reaching projects that can be directly supported by everyone out there who is most eager for their success.”

This is our time to protect the future of film, not just for us but for many, many more generations of film shooters to come! To make a pledge to this incredibly important kickstarted please click here!