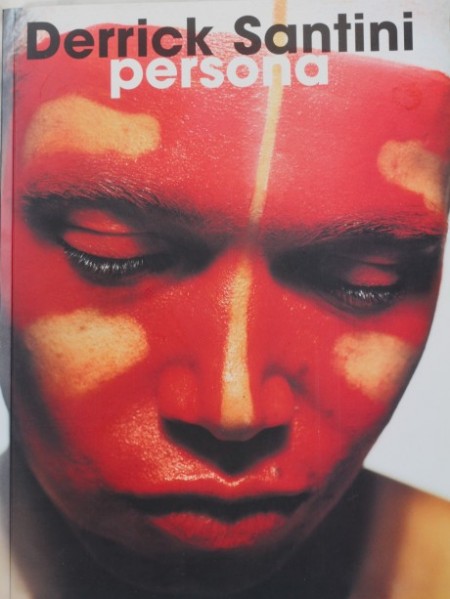 Derrick Santini is a well known and very talented photographer, working in many different fields of the media, from fashion to reportage to music. His love for photography was sparked at the mere age of thirteen when he started using his mums old Agfa camera. His interest became more series when he applied to Harrogate College to attend a BTEC course in photography, after which he attended a BA Hons at the London College of Communication (LCC), once known as London College of Printing (LCP). Through this course he started to become an accomplished reportage photographer. After this Derrick’s talent launched him into other fields of photography, where he was able to develop a more conventional approach. He soon became renowned for his profound portraiture style, particularly within the music industry, in which his work became in very high demand.

Many of Santini’s early work expanded into numerous commended commissions, of which many of these well known images feature in this fantastic book called ‘Persona’, which was published by Dazed Books in 2004. After the book was released a series of exhibitions where displayed in London, Paris and New York.

Santini has established himself largely in the fields of fashion, music and advertising as well as shooting prestigious names and brands. This is an inspiring and beautifully laid out book, showing an incredible album of Santini’s portrait’s. In 2012 he should also be releasing a new book entitled ‘Mirrors and Windows’ showing his reportage work, which is the type of photography Santini fell in love with. If you would like to see more of Santini’s impressive work click Here. Below are some pictures of the book and some of the exquisite images featured in it. Also a short clip of Santini explaining his work and techniques.