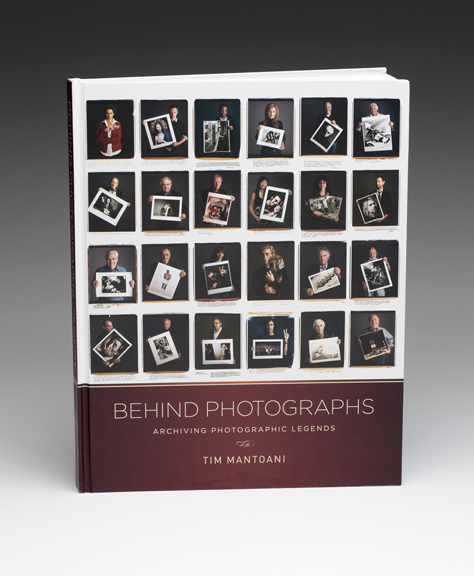 This incredible documentation of some of the worlds leading photographers, has been produced by Tim Mantoani, all put together in this much anticipated coffee table book, which celebrates the photographers dedication to the photographic craft.

For the past five years Mantoani has been making these sensational portraits of acclaimed photographers on the very rare mammoth format of 20×24 Polaroid. In each case of his images, the photographer is holding one of their favourite or most iconic image, some of the photographers include; Neil Leifer’s with his image of Muhammad Ali, Steve McCurry with his portrait of the Afghan Girl and Harry Benson’s photo of The Beatles having a pillow fight. Below each image, the photographer has been asked by Mantoani to write out a short story about their image, making these words as revealing about the photographer as the image itself. This enormous project crosses over 150 photographers from a variety of specialties, which has taken Mantoani across the United States – San Diego, Los Angeles, San Franciso, New York and Boston, which hasn’t been a cheap or easy project to produce.

He realised after being on the road for 6 years, archiving one photographer at a time, that he wanted to add more photographers to his project, so Mantoani set up his own satellite studio at the 20×24 studio in New York, managed by photographer John Reuter; and set up another from his home base in San Diego. In 2008 Polaroid had stopped manufacturing Polaroid film for all of its cameras, making Mantoani’s job increasingly difficult. Yet, with the help of all the featured photographers, assistants, freelancers and the photographic industry, his work now stands as a significant photographic resource that archives the craft, equipment, process and split second on film. This sufficient series contains numerous historical images as well displaying many inconic figures such as, Marilyn Monroe, Johnny Cash, John Lennon, the Beatles, Muhammad Ali, Andy Warhol, Ernesto Che Guevara, Elvis Presley and many more.