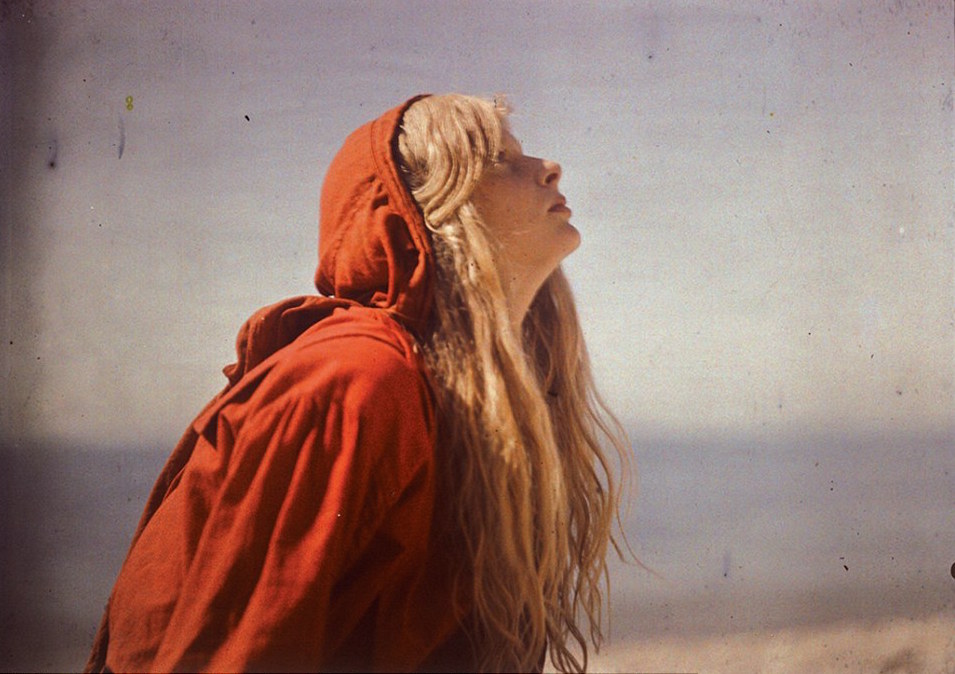 ‘Drawn by Light’ brings a timeline of historical photography to the walls of the Media Space, Science Museum, running until March, which illustrates the many different stages that goes into producing a photograph. The exhibition displays the work of the likes of Steve McCurry, Ansel Adams to lesser known photographers such as Lieutenant Colonel Mervyn O’Gorman whose photograph entitled ‘Portrait of Christina’ taken around 1913 became the leading image for the show.

This extraordinary exhibition brings together 200 highlights from the collection of the world’s oldest surviving photographic society by some of the greatest names in photography.

Founded in 1853, the Royal Photographic Society (RPS) Collection is now held at the National Media Museum, Bradford as part of the National Photography Collection. With over 250,000 images, 8,000 items of photographic equipment and 31,000 books, periodicals and documents, it’s one of the most important and comprehensive photographic collections in the world!

In collaboration with the Reiss-Engelhorn-Museen in Mannheim, Germany, and with the support of The Royal Photographic Society, the Science Museum has been able to make a sensational selection of key treasures from this significant collection.

Visitors can see some of the earliest known photographic images dating back as far as the 1820s, by pioneers of photography such as Roger Fenton, William Henry Fox Talbot and Julia Margaret Cameron, alongside contemporary works by some of modern photography’s most influential figures, such as Don McCullin, Terry O’Neill and Martin Parr.

Genres include a board range of landscapes, portraits, still-lifes, nudes and experimental works, the exhibition does not stick to the conventional chronologic order and instead cleverly pairs and links photographers from different eras. Key artefacts from the history of photography are shown such as Fox Talbot’s experimental cameras as well as early pioneer Nicéphore Niépce Heliograph’s which our appropriately displayed in the very beginning of the exhibition.

The final room displayed one of our personal favourite photographs of the whole exhibition by Lieutenant Colonel Mervyn O’Gorman is the most breathtaking example of early colour photography, of a beautiful girl in a red hood on a Dorset beach. The most shocking discover of this image was that it was taken 1913, over 100 years ago yet it has the composition and characteristics as if it was shot today.

The Royal Photographic Society Collection to discover stories behind some of the world’s most famous photographers and their works, and explore how photography has fundamentally shaped our perception of the world:

‘…photography…is used alike by art and science, by love, business, and justice; is found in the most sumptuous saloon, and in the dingiest attic—in the solitude of the Highland cottage, and in the glare of the London gin-palace, in the pocket of the detective, in the cell of the convict, in the folio of the painter and architect, among the papers and patterns of the millowner and manufacturer, and on the cold brave breast on the battle-field.’

(Lady Elizabeth Eastlake, the wife of Charles Eastlake, the first President of the Photographic Society, The London Quarterly Review, April 1857)

‘Drawn by Light’ has by far been one of the best exhibitions to see in 2014, allowing viewers to fully immerse themselves into the history of the medium and to see it in a way that has not been displayed before. We can’t stress enough how important this show is, so if your going to go make sure you have plenty of time to get lost in this phenomenal exhibition, we’re even tempted to go back for seconds!

After its run in London, Drawn by Light will go on show at the National Media Museum, Bradford from 20 March – 21 June 2015. To find out about opening times and commissions please click here.