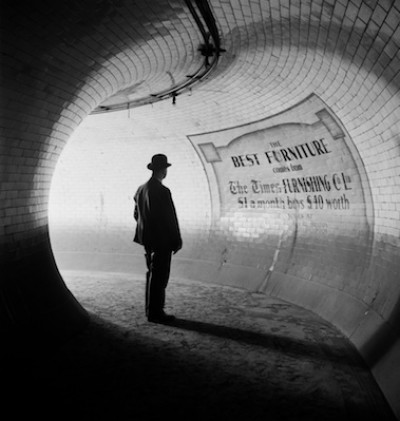 We are very excited to announce the opening of a E.O. Hoppe exhibition entitled Society, Studio and Street, which opens tomorrow (Friday 18th Febuary) at the National Portrait Gallery and runs until the 30th June 2011. Emil Otto Hoppé (14 April 1878 – 9 December 1972) was a German-born British portrait travel, and topographic photographer active between 1907 and 1945. Born into a wealthy family in Munich, he moved to London in 1900 originally to train as a financier, but took up photography and rapidly achieved great success. In 1907 he discarded his commerical career and opened a portrait studio, within a few years E.O. Hoppé became known as the leader of pictorial portraiture in Europe. As the name suggests the exhibition will feature photographs of people in Hoppes society, in studios and on the street. Tickets cost £11 and £9 for concessions. Some of the work shown has never been seen before and it will show Hoppe’s view of daily life in the early 20th century.

I was afraid, because there are lots of https://valtrexlab.com contraindications. Although, the oily skin of the face and head returned after a year.