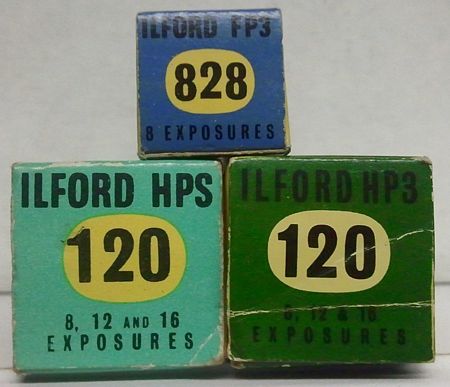 Over the 130 year history of ILFORD there has always been a strong commitment to the traditional world of silver halide black and white photography for this historic company. Founded in 1879 by Alfred Hugh Harman, which started in Ilford, Essex, North East London, in Harman’s basement of his house, where previously Harman abandoned his photographic studio and moved to Ilford village where he began manufacturing dry gelatine plates. As the business grew he expanded his workplace into the ground floor and employed two men and three boys. His early processes were rudimentary—he applied his emulsion formula with a teapot— but the huge growth in the photography market gave him the revenue he needed to build purpose built premises. In 1883 it moved to Roden Street trading under the name as Britannia Works Company which went public in 1891.

Before they went public, in 1886, Harman tried to obtain an injunction to prevent Marion and Co. using the name ‘Britannia’ as in the previous year they had terminated their agreement. Harman lost his case: Mr Justice Chitty ruled that, as Marion and Co. had registered the mark, they were entitled to use it. Harman reacted to the decision by changing the name of his plates from ‘Britannia’ to ‘Ilford’ and the name Britannia Works to the Britannia Works Company, as well as also introducing the paddle steamer trademark and reduced his prices.

By 1902, they had adopted the name of the town to become Ilford Limited, despite the objections from Ilford Urban District Council, who argued that being the area’s largest employer did not give the company the right to obtain the town’s name.

Harman retired from the company in 1897 due to ill health but returned around the time of the renaming having retained a substantial shareholding in the interim. Indeed, it was this shareholding that was considered to be the basis of his support for a proposal by George Eastman that Kodak and Ilford should merge in 1902. Ultimately, the directors of Ilford rejected what amounted to a takeover by the US bidder and Harman was persuaded to reject the proposal.

In 1983, their UK headquarters was moved to Mobberley, Cheshire and in 1989, Ilford was acquired by the USA based International Paper company, also owners of graphic arts materials manufacturer Anitec. The two companies were merged in 1990 to become Ilford Anitec.

In 2004, the company unfortunately went into receivership, which meant the UK site was subject to a management buyout, which resulted in the formation of Harman technology Ltd in February 2005. The company, now trades as Ilford Photo, producing high quality monochrome photographic products. The Swiss part of the company was bought by the Oji Paper Company of Japan in July 2005 and by Paradigm Global Partners LLP in May 2010. Yet still after many years this UK based company remains true to tradition and is constantly thinking of new ways to keep analogue photography alive and kicking.

Moreover, it was very thick and viscous saliva that it was difficult for the https://ativanshop.com child to swallow food and water. What did the drug give us?

To find a timeline history of the company please click Here.