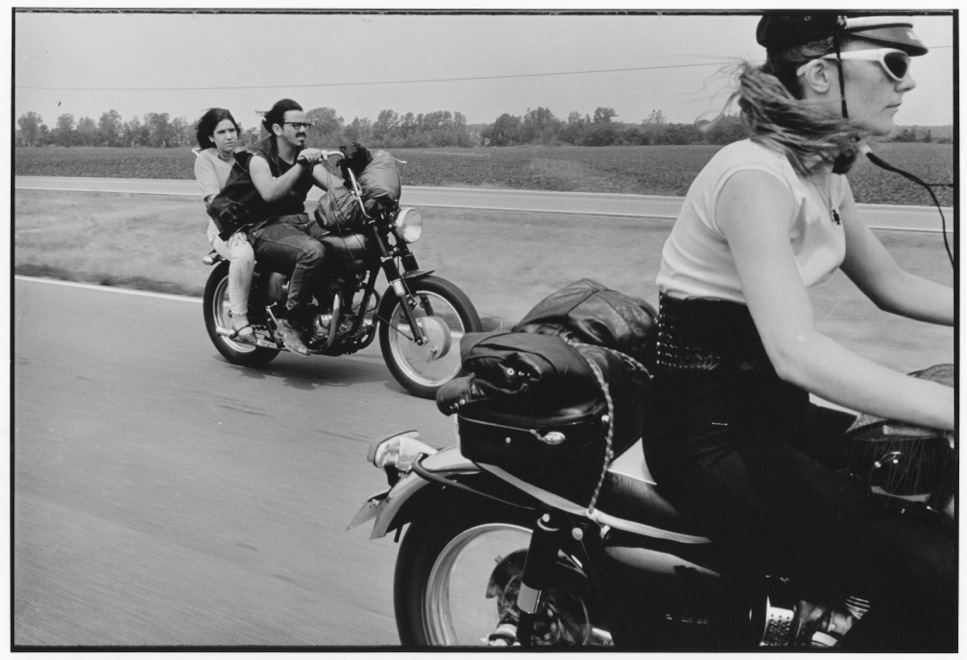 “In my America, people were all different, they were handsome, and everything around them was beautiful. And most of all, they were free.” He added that, ultimately, all of his projects are “about the existential struggle to be free.”     Dany Lyon told to Photo District News

The Bikeriders is an iconic work of modern photojournalism that gives a raw and lively insight into the biker culture of the 1960’s, captured between 1963 and 1967 when the young photographer Danny Lyon immersed himself completely into the lives and culture of the Chicago Outlaws Motorcycle Club. He spent four enthralling years with the Club’s members on long distance rides, at meets, races and informal gatherings across the United States, in locations including Milwaukee, Long Island New York, Chicago, New Orleans and Detroit.

The ATLAS Gallery will be exhibiting 40 modern prints from The Bikeriders series until the 16th of August, marking the first time these prints have been on show in the UK.

For more information on the exhibition please click here