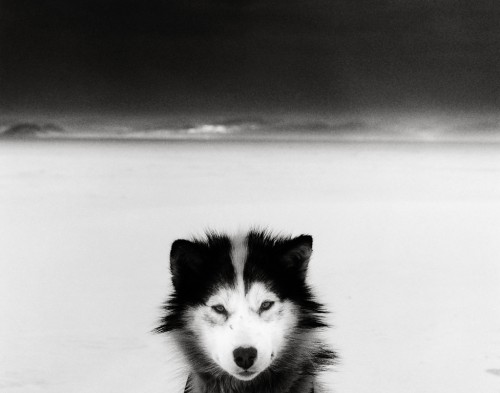 The Last Days of the Arctic

As the world turns its gaze toward the Arctic; the landscape whose inhabitants have done the least to cause climate change is where the devastating effects are most visible. Their ancient culture is set to become extinct; the probability of these communities continuing to live traditionally is becoming increasingly unlikely. In his native Iceland, Ragnar looked at the fishermen and farmers of remote villages and thought if he did not photograph them, then no one would know they ever existed. It is this thought that has led to this unique body of work captured in Greenland, with unprecedented access to a community that rarely let outsiders in.

Proud Chelsea Gallery will be presenting this beautiful exhibition, ‘Last Days of the Arctic’, a moving and insightful portrait of the disappearing landscape and the Inuit people who inhabit it by celebrated photojournalist Ragnar Axelsson. This diminishing way of life of communities dependent on nature and the land around them for survival, Axelsson presents us with a breathtaking introduction to a life of Greenlandic hunters in one of the most remote regions of the world, and at once demonstrates its temporality.

Ragnar Axelsson is an Icelandic photographer and photojournalist, born in 1958. He has worked for the Icelandic newspaper Morgunblaðið since 1976 and has also produced photo articles for numerous publications such as Life, Times and National Geographic to name few. He has also had three solo books of his work published, including Last Days of the Arctic (2010) which was chosen as the Times’ Book of the Year 2010, and has won numerous photography awards; he has been honoured as Icelandic Photographer of the Year on four occasions.

On his first trip to Greenland, 30 years ago, Axelsson took photographs to capture moments not thinking of them as a group but rather individual images. But after returning to Iceland, and looking at the photographs he had taken, he realised they felt more like parts of a story rather than isolated images. Inspired he went back between thirty and forty times for two to six week periods at a time to take more photographs and fill out this story. Here below are some of his breathe taking photographs, that will be part of the display.