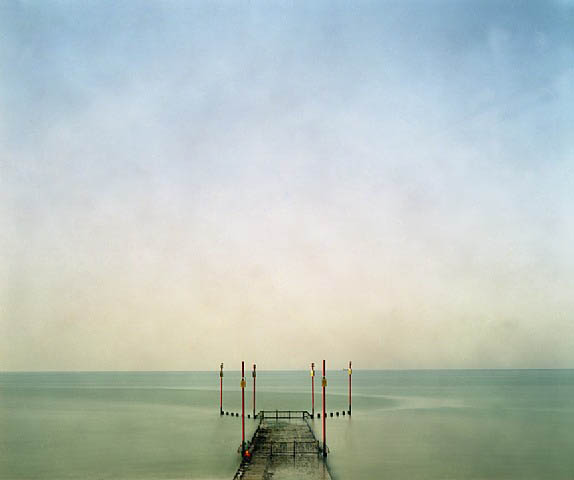 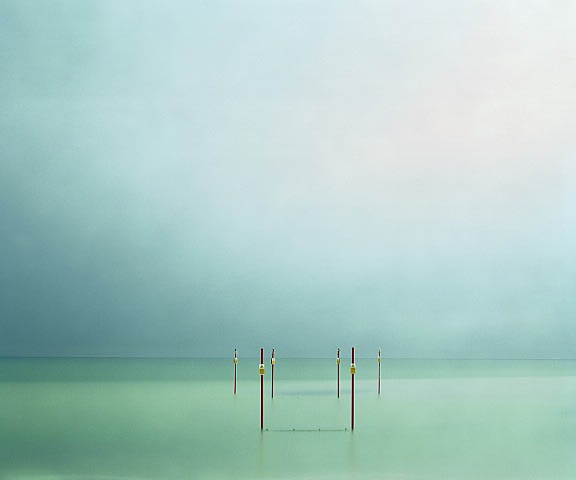 ‘In No Time’ is a fascinating project photographed by London-based photographer Tony Ellwood, who has been dealing with peoples ‘perception and awareness’ of time. To demonstrate this he visited the same pier in which he visited it over a period of six months. It took him at least 18 months to prefect a very particular technique, which involves visiting the same location multiple times for each photo, Ellwood calls it “layering light on the film” he goes on to say, “so I will take a single exposure and divide that up into several hundred separate exposures”. For this beautifully composed and thought provoking project Ellwood used a 4×5 large format camera to create dream like, tranquil images, that almost deceive the eye to be a painting.

“The project relates to our perception and awareness of the passing of time, I developed the technique over a period of 18 months and spent six months visiting the site up to 3 times a day to photograph it. Each picture is therefore an amalgam of realities, each layer blending with the other to form the final image. The location used within the work, is a place I visit to think, for inspiration or to escape the world for a while. In No Time is a reference to the phrase  “In no time at all”.”