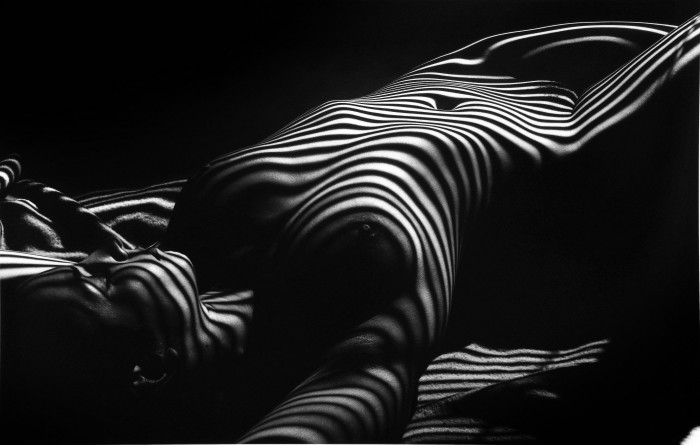 ‘Clergue’s photographs are beautiful, and their beauty is an accepted fact …’ – Roland Barthes, 1976.

Chris Beetles Fine Photographs will be displaying the first British exhibition of work by France’s most famous and celebrated living photographer Lucien Clergue.

Clergue made his name during the 1950s when, as a young photographer, he became close to both Jean Cocteau and Pablo Picasso – both of whom supported his career early on. He went on to establish himself as one of the most idiosyncratic and influential French photographers, combining a subtle artistic sensibility with the heat and sensuality of his Mediterranean upbringing.

Lucien Clergue was born in Arles, France, on the 4 August 1934, the son of a family of shopkeepers. As a child, Clergue was a talented violinist and, after the war, during which the Clergue family home was destroyed, he further augmented his artistic interests by taking up photography. In 1953, he met Picasso at a bullfight in Arles, where he showed him some photographs – Picasso was immediately impressed. They remained friends until Picasso’s death in 1973. Through Picasso, Clergue also met Cocteau and the two were to be highly influential in promoting the young photographer’s career. In 1958, Clergue published his first book of photographs; the front cover was designed by Picasso and the introductory poem was by Cocteau. The three went on to collaborate on several other projects, and Clergue himself has gone on to publish over 75 more books.

His archive contains a vast array of different imagery, but there are three strong themes that emerge – female nudes, bullfighting, Picasso and his circle. While the nudes have become iconic in the history of photography, all three subject matters are of significant, recurrent interest to Clergue.

Clergue’s genius is to produce beautiful images that appeal on a sensual level, but that also engage the viewer intellectually. His photographs speak of the South of France: heat, sand, dust, art, sensuality and, in the case of the bull-fighting images, life and death. They take us on a journey through Clergue’s life and passions, whilst also revealing his deeper thoughts on the world and his place within it.

His work has been exhibited worldwide, including in a major show at New York’s Museum of Modern Art in 1961. He was awarded the French Legion d’honneur in 2003 and, in 2005, became the first photographer to be awarded membership of the prestigious Académie des Beaux-Arts. Chris Beetles Fine Photographs Gallery aim is to introduce Clergue’s remarkable photographs to a British audience, and confirm his reputation as one of the preeminent European photographers of the last 60 years.