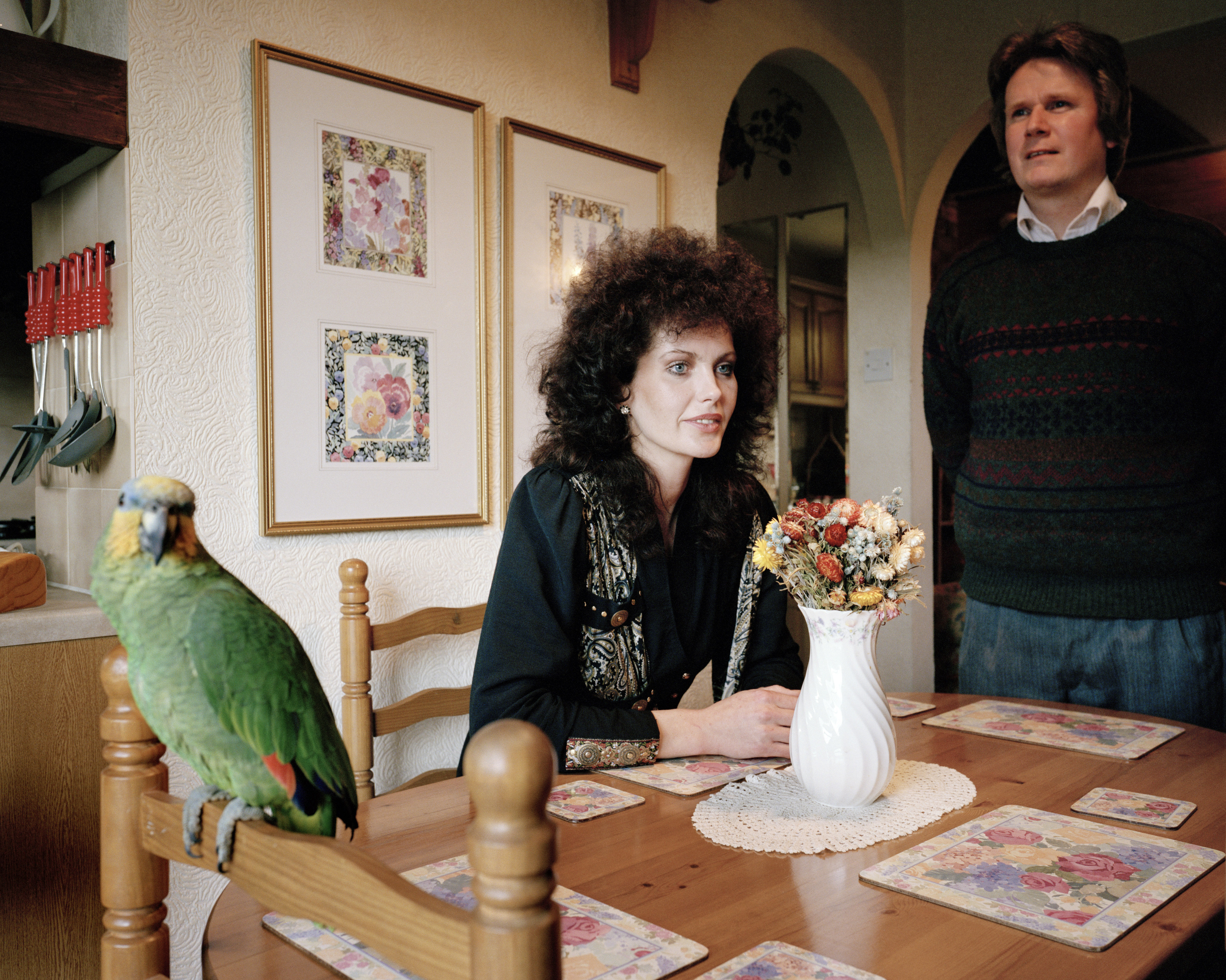 Martin Parr: ‘Signs of the Times.’  is currently being shown at the Beetles + Huxley gallery in association with Rocket Gallery London. This show contains modern and vintage prints, which is the first time that these photographs from this important series have been shown at a solo exhibition in London.

Martin Parr is one of Britain’s most significant photographers, best known for his sharp eye and cheeky sense of humour. Over his thirty year career he has focused on capturing ordinary people doing ordinary things  – at the seaside, in supermarkets, at village country fairs or on holiday abroad. Often highly saturated and brightly coloured Parr has become known as a commentator and recorder of Britain’s finely nuanced class system.

In the 1990s the BBC aired a documentary called ‘Signs of the Times,’ in collaboration with Nick Barker and Martin Parr. Directed by Barker, it was an early version of reality television and was seen as a fly-on-the-wall documentary combined with the celebrity show ‘Through the Keyhole’. An advertisement was placed in the British national and regional press asking for volunteers to be involved in the film. It was to be a show documenting the personal tastes of people in the British home.

Two thousand people applied and fifty were chosen, from a range of ages, races, genders and social backgrounds. Parr was asked by Barker to be the stills photographer on the shoot, and created a subsequent book to accompany the documentary. Each of the titles he and Barker gave the photographs are quotes from people in the film, which inadvertently send themselves up. Subtitled ‘portrait of the nation’s taste’ these photographs give an insightful and amusing view of British taste in the 90s.

Martin Parr has been a key member of Magnum Photos Agency since 1994, and the current president. For Martin Parr fans out there this is definatley a must see in London this summer. For more information on the exhibition please click here.