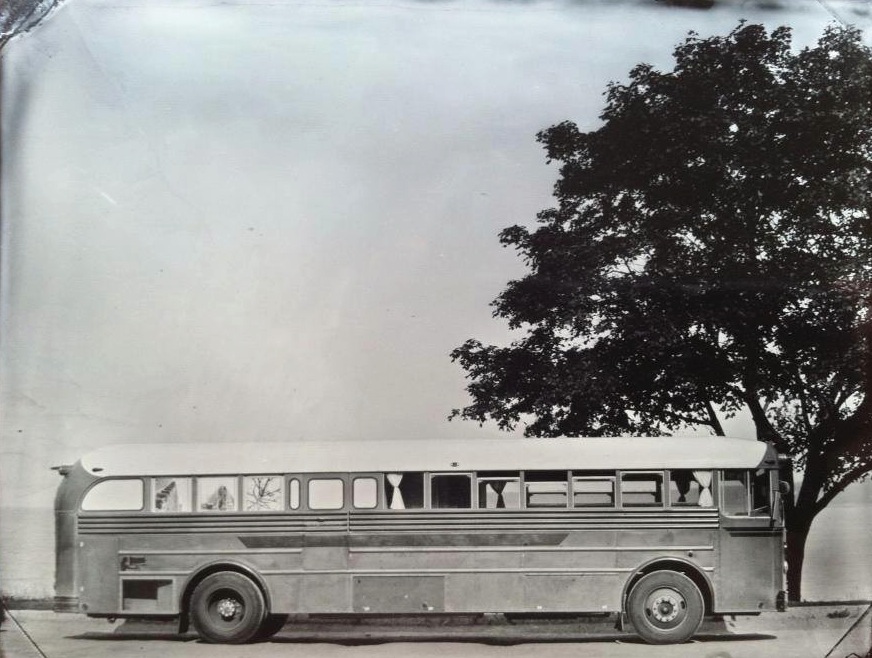 For me analog photography is a love affair – it started early, and continues to this day.  I think there is nothing quite like developing your own film and making prints by hand.  There is a certain tangible magic about that process of converting silver halides into an image.

Some of my favorite childhood memories involve seeing my grandfather, a photographer and cinematographer, work his Zenit 18 camera.  He would always have it with him while taking the family to the park and upon coming home he would sequester himself in the bathroom of our Moscow flat to emerge hours later with wet prints in a tray and lay them out on a newspaper to dry.  The images were warm and intimate and I loved the idea of him having created them behind that locked door via some magical method behind the locked door.  I used to ask him to let me get a few shots and I still remember when he first handed me the camera and I pointed it toward my uncle.  Seeing that image on a contact sheet later that week is what really got me hooked on photography

I was twelve when I asked one of my classmates to show me the processing part of image making.  He walked me through the steps and from that point on I became a hopeless darkroom recluse.   Loading my Smena 8 with a couple of rolls of Svema film I would take it to school and capture my friends in their candidly joyful state.  Then, at home, I would pull out my grandfather’s old enlarger and ceremonially transform the small bathroom into a darkroom.  Learning by sheer experimentation was as exciting as it was rewarding.  The biggest thrill however came in the moments when the following morning I would bring a stack of 5×7 prints to class and a whole gang would surround me in anticipation of having a print handed to them. 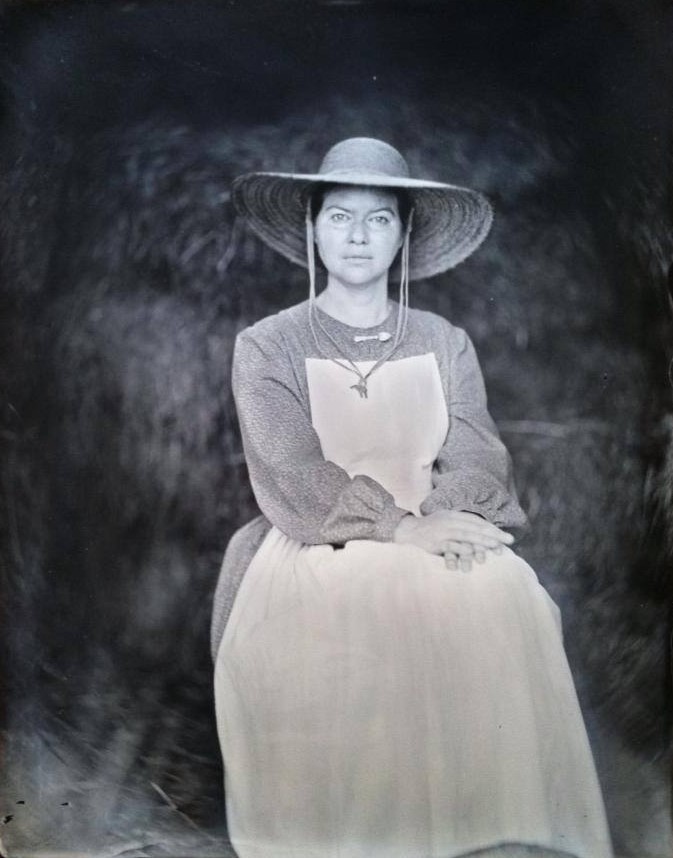 When we moved from Russia to the United States in 1994 I was a month away from 17.  I took my grandpa’s Zenit 18 to the airport in order to shoot the confusing moments of our departure.  Right in the middle of departure the shutter curtains gave out completely and when I opened the back they were literally sticking out of the back.  I hung on to that final half a roll for my dear life.  Some weeks later, after getting settled in NYC I had it developed and was overwhelmed with visual memories that emerged in the prints.  Crying girlfriend, my estranged father and caged dog – all of them were looking back at me and I was reliving those moments all over again.  Hidden as latent images those images waited patiently and faithfully until it was time to reveal themselves and to rouse my senses.

After moving to California I started going to school with chemistry as a major.   A career in photography hadn’t occurred to me somehow until I took a wild hitchhiking trip up the West Coast in 1997.  Along the way I saw a large school bus with a glass blowing studio built in the rear and my life vision was instantly and permanently altered.  I started dreaming of having my own traveling darkroom and upon returning home switched my major to photography.

Once again I found myself in the darkroom for many hours and sometimes all night.  Everything about the process fascinated me, from learning bromoil printing to making 3x7ft enlargements.  The process was the main attraction – the manual labor of love.

Polaroid film was something I admired greatly – the idea of a singular image comes into physical existence within minutes of exposure is still very dear to me.  Above that, old SX-70 film offered the artist a way to manipulate the emulsion before it set, which furthered his/her individual vision.  A momentary memory was malleable and the amount of careful attention to detail and patience needed to correctly mold it to a specific vision of the artist was tremendous.  Right in the middle of me teaching a workshop to 5th grade kids Polaroid announced the discontinuation of that wonderful product – that was one of the top-ten saddest days in my life.

I continue to develop a theory of how analog photography relate to memory.  When we go out with a loaded camera we set out to capture memories.  While we are constantly bombarded with visual information, not all memories are created equal.  Some are bright and vivid and lay on top of our psyche while others are dimmer, smaller and require forceful digging to be revealed. For my graduation exhibit I decided to put that idea into tangible visual form and also to challenge my street photography skills to the ultimate test.  By then I was in love with square format and was shooting 90% of my images on Rolleiflex TLR cameras.  I set out to expose 10 rolls per day for 3 days and then print every frame.  Resulting prints were to be 16×16, 8×8 and 4x4in and were to be displayed in a grid resembling a view of the city streets as seen from an airplane.  To tie in all the images I would create a 1/2in black border by masking the image and exposing the edges to white light. Printing, mounting and installing the show took 35 all-night sessions and I loved every second of it.

I worked in the photo field roughly since 1999.  Of course I started on film – portrait, weddings, sporting events – all required the confidence that each image was captured correctly and consistently.  However, digital revolution was setting in strong and soon I saw the demise of film and with it a drastic reduction in accepted quality of work.  It seems that percentage shooting (shooting 2000 images and pulling out 20 ‘good’ ones) opened up the field to people with no sense of light, composition or decisive moment.  That, along with proliferation of phone cameras, has lowered public demand for work of true quality and value.  The flood of completely awful images that is now seen by us every day dulls the senses and truly spectacular images get lost in the endless parade of snapshots.  Furthermore – so few people now make real prints, be it in the darkroom or a tabletop printer, that I wonder what will happen to all of our visual memories in the decades and centuries to come.  Will our grandchildren be able to read the data on that old hard drive they find in the attic?  Will there be digital archeologists who will scour long-forgotten sites like Photobucket?

Only time will tell.  What I know for certain is that barring a fire, which will indeed wipe of anything digital or not, the prints that came out of my hands will outlast me and all my grand kids.  Those who pick up an 8×10 silver image will be able to experience it in exactly the same way as it left my drying rack and with that a careful observer may feel a presence of my spirit. 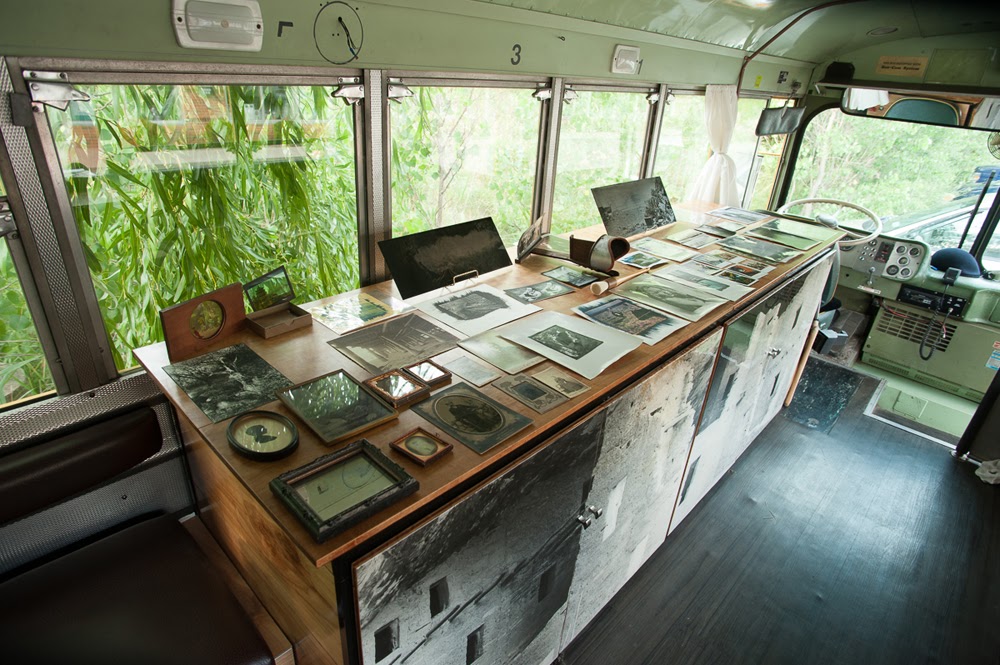