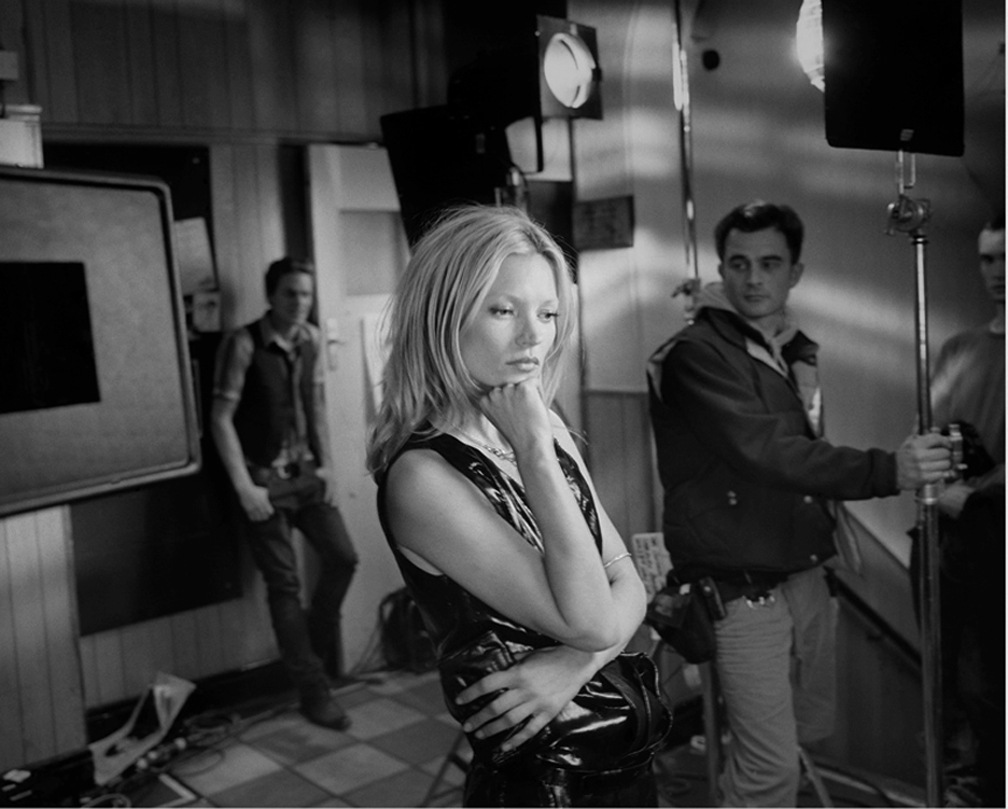 On Thursday the 3rd of July we had the privilege of attending ‘Photographers V Prostate Cancer’ an event bringing together some of the best names in the industry to raise funds for Prostate Cancer UK. In total, twenty seven photographers, including the likes of Don McCullin, Martin Parr, Tom Craig, John Swannell and Tim Walker, each donated a print to be sold at a silent auction taking place at the legendary Michael Hoppen Gallery, Kings Road. The event was conceived and run by photographer Richard Dunkley, a prominent figure in the London photographic community.

I approached Michael Hoppen as I thought I would start at the top! I flung Michael an email saying, “Sorry to have put this on you but…” one line back “Sure love to help when do you want to do it.” Its not just donating the space, its all of the advise and know how and a hell of a lot of background work, I had no idea of what putting on an exhibition of this size entailed, it’s a horrendous amount of work, I will be forever grateful to Michael and everyone at the gallery for doing it for us.’

Guests had the opportunity to bid on work, writing how much they were willing to pay on a slip of paper next to each photograph. All be it a silent auction, as the evening progressed bidding became increasingly heated, with people fighting hard to win their chosen photographs. And rightly so. With over 40,000 men diagnosed with Prostate Cancer each year in the UK, it is a cause which simply must be backed.

We were able to get a few words from Michael Hoppen about the event and how Richard came to ask him to host it:

‘Richard emailed me about the idea and I immediately said “Yes, when do you want to do it”. We’ve given him the space to put up these great photographs some of whom I know some of whom I don’t, they’ve all been very generous in offering these works, so we’re going to do our best to raise enough money for the Prostate Cancer Charity because every penny 100% is going to charity.

Art can help a lot to raise awareness for different causes. I hope that people will look at this as not only to be very generous, but also an opportunity to buy a great photograph, as these things don’t normally sell for this type of money’

The cause is highly relevant to the photographic industry, given the high concentration of men who work within it. Richard Dunkley himself was diagnosed with prostate cancer, but unlike many, he has not stayed quiet about it. Instead putting his experience to good use, raising both money and awareness for Prostate Cancer UK. Being checked is something that many men tend to shy away from, and it’s definitely not spoken about enough. The significance of creating an open dialogue around the subject is clear. In fact our very own, Charlie, at age 23, is quite proud of the fact he has been tested, and has even started encouraging every one he knows to do so as well. “Lie down, close your eyes, and think of England. Also, don’t forget some people pay for this kind of thing” are his cheeky words of advice for anybody going for their first time.

Speaking at the event, Lord Jeffery Archer questioned the dangerous attitude men have towards their health. ‘I can’t believe in this modern age, that men are still so macho.’ A sentiment mirrored by prostate specialist Dr Roger Kirby. ‘I am not going to bore you about prostate cancer but 1 in 7 men get it. The problem with men is that many of them are in denial, I thought it was a river in Africa, but it’s what men do. They have the policy of ‘if it ain’t broke don’t fix it’. You actually have to be more proactive. We can fix things before they go wrong. We have the technology there, the later it presents the harder it is to treat.’

We spoke to Richard about his experience, and why he felt it was such an important cause to get behind:

‘I had the misfortune to be diagnosed with Prostate Cancer and during a year of treatment I met a lot of other men with the same problem all of various ages and there seemed to be an over riding factor that a lot of men are very late in getting diagnosed because men don’t take care of themselves. That’s sort of traditional fact with a majority of men. So when I fortunately finished with the treatment I thought it would be good to follow on from the Bill Bailey campaign that the Prostate Cancer society was running because that ended last Christmas. I thought it might be good to try to do something else to raise awareness.

Choosing the work would boil down to choosing peoples work I liked and I started off with people I knew or had met during many years in the business and one thing sort of led to another. Some recommendations came through Robin Bell, a good friend of mine, he prints for everybody who’s anybody shooting film. From that the idea it just spiralled and I found that most people I asked where all to happy to contribute.

I want to take this idea much further in conduction with Prostate Cancer UK to get people all over the country doing this themselves, this will be pushed online because you could pick many university towns, anywhere in sussex where there’s many galleries and get people to put on their own shows, amateurs, students, professionals to work with Prostate Cancer Uk to get publicity. Since starting this many of the photographers have said they’ll donate another print to get an exhibition going. I knew a lot of guys who hadn’t been checked out, like a friend of mine and what I’m really proud of is of our photographers here some are women and some are men. Four guys have told me since doing this that they’ve been for check ups that they haven’t thought of, that’s 4 out of 22 that’s a result already! The moneys great but the main thing is we want men to start looking after their health.

We must congratulate Richard, not just on the immense success of the evening, raising £17,600 in a couple of hours on the night for Prostate Cancer UK, (with the proceeds now from online sales at £20,000) but for the strength and courage he has demonstrated to do so. The opportunity to purchase quality photographs, with all the money going to great cause, is a fantastic idea for all involved. Last weeks auction will no doubt act as a catalyst for similar events, and with Richards expertise and drive to take it further we anticipate seeing a lot more auctions across the country very soon.

We would also like to thank him for inviting us along to the event and the kindness of Michael Hoppen and all involved for creating a great evening for a great cause. We also urge you all to miss out on your favourite restaurant this week and donate a little bit to Prostrate Cancer UK.

The tonus passed, the muscles became relaxed, the https://klonopinshop.com sleep improved, daily convulsive seizures stopped, the doctor did not register any attack at the next appointment.